The Sinews of Peace

From Stettin in the Baltic to Trieste in the Adriatic, an iron curtain has descended across the Continent. Behind that line lie all the capitals of the ancient states of Central and Eastern Europe. Warsaw, Berlin, Prague, Vienna, Budapest, Belgrade, Bucharest and Sofia, all these famous cities and the populations around them lie in what I must call the Soviet sphere…

Winston Churchill delivered his speech “The Sinews of Peace” on March 5, 1946 before a large crowd in Fulton, Missouri, where Churchill was receiving an honorary college degree. Though the term “iron curtain” had been coined much earlier, and even applied to the Soviet Union by a handful of commentators, Churchill’s use of the term in America is regarded as a defining moment in Cold War history and East-West relations. Churchill’s host in Fulton was President Truman, who the following year responded to the call for a more muscular policy towards Communism with the Truman Doctrine, establishing the US as global watchdog and policeman. 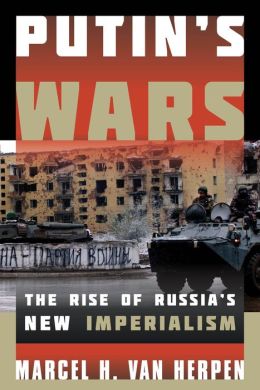 Especially when coupled with his famous 1936 reference to “a riddle wrapped in a mystery inside an enigma,” Churchill’s curtain metaphor reinforced the image of an inscrutable and unpredictable nation. But in his speech Churchill was clear on one point: “From what I have seen of our Russian friends and Allies during the war, I am convinced that there is nothing they admire so much as strength, and there is nothing for which they have less respect than for weakness, especially military weakness.” In his last paragraphs, Churchill warns his post-war audience that the world, once again, is at a decisive moment: “If these all-important years are allowed to slip away then indeed catastrophe may overwhelm us all. Last time I saw it all coming and cried aloud to my own fellow-countrymen and to the world, but no one paid any attention.”

Recent books on modern Russia contain a range of forewarnings. Although Marcel H. Van Herpen’s Putin’s Wars concentrates on the conflicts in Chechnya and Georgia, the author ominously notes Putin’s longstanding claim that Ukraine is “not really a country,” and ripe for “desovereignization.” 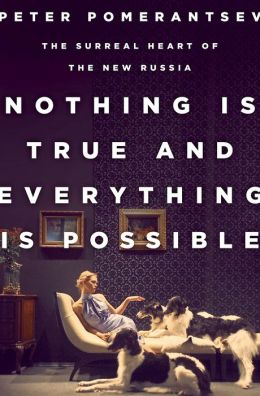 Van Herpen goes on to quote Zbigniew Brzezinski’s 2012 observation that, based on the worldview now promoted in Moscow, Russia and Ukraine may be locked in a death-duel: “It cannot be stressed enough that without Ukraine, Russia ceases to be an empire, but with Ukraine suborned and then subordinated, Russia automatically becomes an empire” (Strategic Visions: America and the Crisis of Global Power)

As described in Peter Pomerantsev’s Nothing Is True and Everything Is Possible: The Surreal Heart of the New Russia, Putin’s neo-imperialism is powered by television. Exchanging the iron curtain and the stodgy politics for the “weaponization” of information and entertainment, television in the new Russia has become “the central mechanism of a new type of authoritarianism, one far subtler than twentieth-century strains,” says Pomerantsev:

The task is to synthesize Soviet control with Western entertainment … [mixing] show business and propaganda, ratings with authoritarianism. And at the center of the great show is the President himself, created from a no one, a gray fuzz via the power of television, so that he morphs as rapidly as a performance artist among his roles of soldier, lover, bare-chested hunter, businessman, spy, tsar, superman.

The B&N Podcast: Charlie Mackesy on our Book of the Year
Previous Previous Post: Real Life Corrections
Next Post: Crow Fair Next