The Ticking Is the Bomb 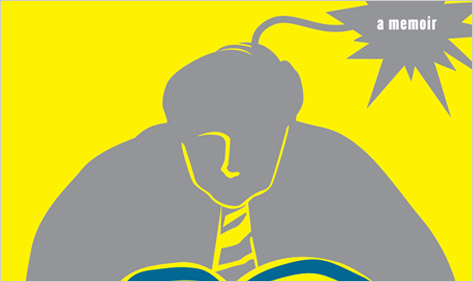 Fury may be among the most compelling emotions, but few writers are capable of harnessing its energy. The passion that propels one to pick up the pen is likely to impatiently sweep aside fundamentals like logic or style. All concern for the reader disappears in the immediacy of recording. Nick Flynn’s The Ticking Is the Bomb brims with outrage — at his government, his genes, his predilections, his very self. And when he’s not raging, he is fearful, depressed, or aghast.

But Flynn is among those rare souls able to direct the course of his wrath: a poet by training and a Buddhist by disposition, he knows when to gun the engine, letting his passion infuse the prose, and when to pull back, casting an analytical eye on all he sees. In this memoir he has produced an angry book that’s about more than just anger.

The book’s occasion would be mundane, if not raised by the author to white-hot intensity: On the eve of fatherhood, Flynn contemplates how he can bring a child into a family such as his, with its history of addiction and madness, and a world such as ours, filled as it is with horror and heartbreak. Still, the baby is on her way, regardless. He intends to greet her with love, not gloom; to do so, in the book and in life, requires an extraordinary amount of control.

Like his earlier account of his troubled family history, the engrossing and much lauded Another Bullshit Night in Suck City, Flynn’s second book relies on prose poem-like vignettes which bounce the reader around in time, from scene to memory to meditation to quotation. Each book rivets with a pure, unfiltered honesty. In Another Night, Flynn writes movingly about his parents: his father’s alcoholism and his mother’s suicide, which took place when he was in his early twenties, are the pair of dark stars around which a stoically anguished narrative orbits. After sporadic contact, suddenly his father turns up at the homeless shelter in Boston where Flynn works. That book attempts to deal with this renewed relationship as well as Flynn’s aborted relationship with his mother.

The Ticking Is the Bomb evidences some of the same concerns, particularly those surrounding filial inheritance. He worries that he won’t be able to love his child, or that his love won’t be enough, or that he might disappear like his own dad did. “If I’ve told you this already,” Flynn notes, “forgive me . . . before this is over it’s likely I’ll tell you again,” invoking the Buddhist concept of samsara (the tendency we have to fixate on suffering, going over a painful situation again and again in our minds). Yet The Ticking Is the Bomb reaches further, beyond what it means to be a wayward son of broken parents and into what it means to be an American adult at the start of the twenty-first century.

In 2005, Flynn won an award from the PEN Foundation, for Another Night. At some point that evening, he met another award recipient, the writer Sam Harris. A photo is taken of the two shaking hands. Later Flynn read Harris’s award-winning book, The End of Faith, and discovered that nestled within Harris’s discussion of religion was an endorsement of torture. “I become, seemingly overnight, a crank,” Flynn explains, someone deeply devoted to anti-torture activism. Indeed, The Ticking Is the Bomb opens with a characteristic juxtaposition: a description of the ultrasound image through which Flynn sees his daughter for the first time immediately evokes the photographs taken at Abu Ghraib and released in 2004.

Eventually Flynn travels to Istanbul to help interview ex-detainees, including some of those who appeared in the infamous images. About the book that begins to result from these experiences, Flynn writes: “Sometimes, if asked, I’ll say that I’m writing about the way photographs are a type of dream, about how shadows can end up resembling us, and sometimes I’ll say I’m writing a memoir of bewilderment, and just leave it at that, but what I mean is the bewilderment of waking up, my hand on Inez’s belly, as the fine points of waterboarding are debated on public radio.”

Terrified about his past, horrified by the present, Flynn is nevertheless absolutely unafraid to bare his life. This is a memoir, after all. He admits to being in love with two women, to slipping back into drugs and alcohol after ten years of sobriety, to using his own passivity as a weapon, meticulously calibrated to force others to do the acting and decision-making. Here too is a man who let his dad sleep on the streets while he drove a van for a homeless shelter and lived in a giant industrial loft. He blames himself for the death of another homeless man. He interviews his mothers’ ex-boyfriends and quotes from her suicide note. And, finally, he portrays himself as someone who refuses to be complacent about torture, a stance which is altogether much rarer than many readers might comfortably admit.

“By the time I’m nine I know the world is a dangerous place,” Flynn writes in Another Night. The subsequent decades only deepen the realization. Discipline helps save him from becoming a statistic: “I swam for as long as it took, until I had a good thought, just one good thought,” he says about a particularly tough time discussed in The Ticking Is the Bomb. The act of thinking helps save him as well. Naturally he cherishes the good thoughts, searches for them, and holds onto them for as long as he can. But his willingness to think the bad thoughts and deal with what he calls the “darkness” remains his greatest asset. He publicly denounces PEN for condoning torture by giving Harris an award, and he categorically refuses to blithely follow in his parents’ footsteps. Perhaps Flynn is too smart to acquiesce to mind games or political doubletalk, although it’s as likely that he’s simply too stubborn.

“Here, God says, here is your cupful of days,” begins a koan-like section. “If you don’t believe in God, you still get your cupful of days.” Reading about how Flynn spends his cupful can be dismaying. It can also make us more carefully consider how we spend our own.