The Tyranny of E-Mail 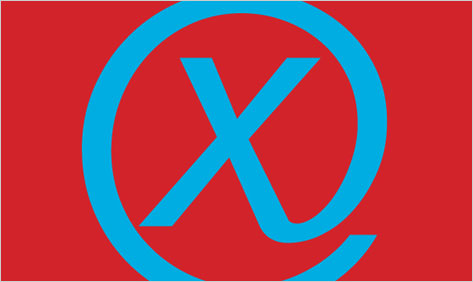 In May 1844, Samuel F. B. Morse sent America’s first electronic message. This “telegram,” which Morse sent from Baltimore, arrived at the speed of electricity in Washington D.C. with the biblical message: “WHAT HATH GOD WROUGHT?”

Morse’s 19th-century telegraph became the 20th-century telephone which then became the 21st century e-mail, the dominant communications medium of our electronically networked world. And it’s against e-mail that John Freeman’s spirited and smart polemic, The Tyranny of E-Mail: The Four-Thousand-Year Journey to Your Inbox, is addressed.

“What have we wrought?” Freeman asks, when our “dream of obliterating distance” begins to “become a reality?” What we have wrought, he answers in this counter to the orthodoxy of techno-optimism, is a world in which the distinction between leisure and work has been obliterated and e-mail has become an always-on electronic tyranny.

What we’ve actually wrought are technologically enslaved individuals like Aiden Heavey, the CEO of a multinational oil company. “Haven’t you heard of a thing called a BlackBerry? I can’t turn it off. I look at my BlackBerry every 10 seconds. I check it when I’m going up in ski lifts and drive my playing partners mad by answering e-mails on the golf course,” Heavey confessed in August to a journalist at the London Daily Telegraph newspaper. “They’re the best and worst invention ever. They mean that you work 24 hours a day and you don’t get holidays. They’ve changed life.”

Yes, John Freeman, would concur, e-mail has certainly changed all of our lives. In our narcissistic culture, e-mail proves that someone is thinking of me, Freeman argues. We use it not only to validate the self but also to convince ourselves that we are the center of the universe. I e-mail therefore I am. And this dependency on the buzz of electronic attention, what Freeman calls our “electronic fidget,” has “physiological qualities,” he suggests, not unlike “any chemical dependency.”

“If I didn’t hear ‘beep-beep’ every time I turn on the computer,” Freeman quotes one victim of e-mail’s existential tyranny, “I’d die.”

And the ubiquity of that beep-beep has now become mathematically surreal. In 1929, Freeman explains, there were 1.5 billion people in the world who sent 20 million telegrams in the course of the year. Today, the billion computers belonging to the world’s six billion people produce 35 trillion e-mails — a bizarre infestation that works out at around 600 million messages sent every ten minutes.

Yet beyond the cultural narcissism and the daily buzz of 100 billion spam messages, so what? Why should we care about this infestation of e-mail?

The core of Freeman’s argument is a warning about speed. The digital technology revolution — what he calls the “explosion of now” — has induced in us a state of “metaphysical vertigo.” We’ve created this communications technology which, on the one hand, moves at the speed of light but, on the other, hasn’t triggered either an upgrade or a rewiring of the human condition. Thus this avalanche of e-mail makes it harder and harder for pedestrian Homo-Sapiens 1.0 to keep up with the dizzyingly relentless pace of Web 2.0.

Ironically, then, the most troubling of Freeman’s numbers are not our collective annual 35 trillion emails, but rather the 200 e-mails which, on average, we each receive every day. Therein lies the cause of what he calls “e-mail bankruptcy” — “the communication subprime mortgage crisis of our era.” Instead of it being a help, these 200 daily e-mails have become a massive hindrance to both our productivity and happiness, eating up our mental attention, stealing our leisure time, wasting our intellectual focus.

So what to do? Freeman’s answer is “a manifesto for a slow communication movement” built around a very simple principle: “DON’T SEND.” Instead of mindlessly e-mailing all day, he says, we should only check our e-mail a couple of times a day; we should give what he calls “good e-mail,” which is both thoughtful and brief; we should try to replace e-mail with face-to-face meetings; and we should organize our days to include a substantial portion of “media-free time.”

Yes, all sensible advice in this eminently sensible book from a most sensible author. But I wonder if Freeman’s sensible call for a slow communications movement is ignoring something intrinsically insensible about the human condition. For example, even before today’s digital “explosion of the now,” it seems that modern man was equally addicted to plastering the world with his messages. In 1906, Freeman reveals, “one in eight Americans bought a postcard everyday,” thus creating what he describes as a “full-fledged obsession” with sending postcards with our personally inscribed messages all around the world.

Perhaps nothing has really changed since 1906 — except the acceleration of technology, of course. And it’s on the ever-accelerating nature of technology that the non-technical Freeman — who edits the excellent literary quarterly Granta — is at his most vulnerable. His problem is that he treats e-mail as the final destination in a “four thousand-year journey” into our inbox, whereas the fashionable technology of today’s Internet actually suggests the reverse.

While Freeman is obsessed with tyranny of e-mail, the Internet is actually moving in a different — albeit equally tyrannical — direction. The digerati’s current obsession with social media networks like Facebook and Twitter reflect a profound shift away from private e-mail and toward a more public kind of networked, real-time instant-messaging culture.

I suspect, therefore, that Freeman’s now slightly archaic version of static one-to-one e-mail is morphing into something more immediate and collaborative. Google, for example, is now working on a revolutionary new service called Wave which will collapse micro-blogging, e-mail, and collective instant-messaging into a powerfully seductive real-time messaging platform. Meanwhile, equally seductive devices like Apple’s forthcoming iTablet will continue to “liberate” us from our personal computer and provide us with convergence devices allowing us to simultaneously Twitter, telephone, instant-message, and e-mail.

While the future might hold an iTablet, the past had merely a tablet. John Freeman begins his four-thousand-year journey into our digital inbox in ancient Sumeria, with a description of the oldest known love poem in civilization. It’s an achingly intimate poem. “Bridegroom, you have taken pleasure of me,” the ancient message says, carved in cuneiform on a clay tablet. “You have captivated me: let me stand trembling before you.”

Today, four millennia later, it’s e-mail — that beep-beep of 35 trillion annual e-mails — which God has wrought. Freeman is right. Unlike the all-too-human pleasure given to the ancient poet by the Sumerian bridegroom, electronic communications doesn’t give us real pleasure. So DON’T SEND for a few days and, instead, slowly read and reread this important warning about the tyranny of e-mail.