The Warmth of Other Suns 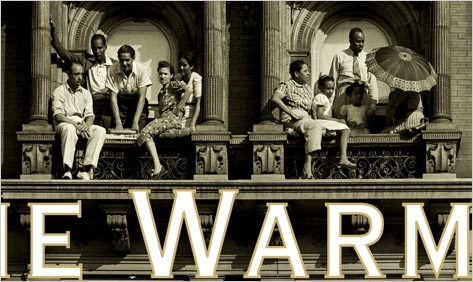 They came from Natchez and Eustis and Port Arthur and Selma. They rode the rails, drove new Buicks and old Packards, whatever it took to cover those hundreds of miles. Their journeys ended in New York and Chicago and Detroit and Los Angeles. This Great Migration, as historians would come to call it, saw millions of black Americans relocate from the rural South to the urban North and West between 1910 and 1970, reshaping the nation’s cultural, political, and social landscape in the span of a lifetime.

In The Warmth of Other Suns, Isabel Wilkerson has rendered the most sweeping, most moving record of the Great Migration to date. It is at once history told on a grand scale—like Taylor Branch’s civil rights era trilogy—and biography written with a quality of empathy perhaps only available to a child of the Migration herself. Wilkerson, a Pulitzer Prize-winning journalist, now Professor of Journalism and Director of Narrative Nonfiction at Boston University, has synthesized a staggering amount of material, comprising 1,200 interviews with migrants conducted over ten years as well as countless archival documents and newspaper reports. She argues that the Great Migration is “the most underreported story of the twentieth century,” an historical turning point that would “transform urban America and recast the social and political order of every city it touched.”

The roots of 21st-century racial inequality, Wilkerson argues, pass directly through the Great Migration. New arrivals from the South faced lower wages and higher rents, economic exploitation and continued segregation, setting up a cycle of inequality that became a birthright to their children and their children’s children. “Multiplied over the generations,” Wilkerson writes, “it would mean a wealth deficit between the races that would require a miracle windfall or near asceticism on the part of [black] families if they were to have any chance of catching up or amassing anything of value.”

The Warmth of Other Suns, however, is more narrative than polemic. Wilkerson grounds her book in the life stories of three migrants—Ida Mae Gladney, Robert Foster, and George Starling—each of whom, she explains “left different parts of the South during different decades for different reasons and with different outcomes.” She takes us into places that few writers have gone: the sharecropper’s day of reckoning with the white planter; the Pullman porter’s deft handling of a potentially incendiary racial confrontation; the citrus picker’s last minute escape from the lyncher’s rope.

In her loving projections of the internal lives of her subjects, Wilkerson takes us beyond the shock of racism to a kind of nostalgia for a type of black experience that may have only existed under segregation. This experience is, of course, shot through with peril—the arbitrary horror of racial violence, the everyday privation of life under Jim Crow—but nonetheless suffused with richness: the warmth of close communities, the sweet pleasures of companionship and music and laughter. Finally, Wilkerson’s narrative is not a tale of loss but a life-affirming portrait of endurance and transcendence, of simple acts done with deliberate intent.

One hesitates to describe a book that stretches beyond 700 pages as vigorously paced, but that is precisely what Wilkerson has achieved. Short sections comprised of shorter chapters that alternate among her three subjects generate and sustain a crisp narrative momentum. This patchwork structure, however, occasionally comes at a cost. In particular, the numerous epigraphs that introduce both the book’s parts and its chapters (there are a staggering forty-seven epigraphs in all) soon come off more like impediments than insights, regardless of how rich each passage might be in isolation. Nonetheless, such minor narrative detours finally serve to remind us that only a chorus of voices could make such a book possible.

The Warmth of Other Suns is an impassioned history, by turns sweeping and specific, celebratory and shocking. Like a literary companion to the artist Jacob Lawrence’s Migration series, it tells the story of the Great Migration in terms both vibrant and bold. It is a history not of power barons and political leaders, but of everyday people whose individual acts of bravery and self-assertion combined to reshape a nation. Wilkerson has done an invaluable service to all those who would resist the slow creep of historical amnesia, particularly when it comes to the most painful details of our national life. This is a book that enacts the very thing it describes; like the brave lives of the people she writes about, it is a testimony, a challenge, and a timely reminder of our still unfulfilled promise of a more perfect union.

Adam Bradley is Associate Professor of English at the University of Colorado, Boulder and the author, most recently, of Ralph Ellison in Progress.