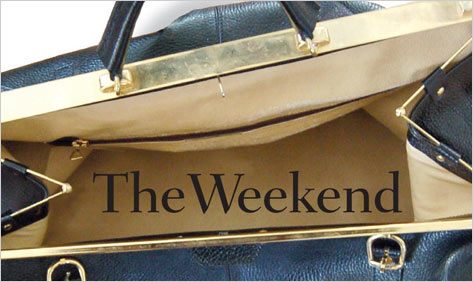 Bernhard Schlink is known as the author of elegant philosophical novels that examinefacets of his native Germany’s troubled history. But he is also a lawyer, hasserved as a judge, and frequently teaches classes in the philosophy of law inboth Germany and the United States. Schlink particularly enjoys his work on thebench: “What I’ve loved,” he has said, “is using all mytheoretical, doctrinal, philosophical and historical knowledge, for thesolution of a problem.”

These are exactly theskills he brings to his fiction. The son of a theologian, Schlink was broughtup to look at life as a series of moral problems. Historical events encouragedthis natural propensity. At the time of the author’s birth in 1944, Germanarmies were facing imminent defeat across Europe, and the Nazi regime wasself-destructing at home. Schlink’s childhood was passed in the postwar miasmaof guilt, horror, and recrimination: his 1995 novel The Reader, which has now become required reading in Germanschools, must surely stem from his memories of that period. The reuinificationof Germany two decades ago reawakened many ghosts, as his book Homecoming (2006) demonstrates. And now Schlink has directedhis attention to the 1970s, a time when many of his contemporaries turned toextreme leftist politics, and a radical few to terrorism.

The Weekend examines the moral legacy of that era, when theso-called Red Army Faction (better known outside of Germany as theBaader-Meinhof Group) killed a total of thirty-four people and in 1977 broughtthe country to a high pitch of fear. Jörg, TheWeekend‘s central character, is supposed to have been associated with thisgroup; he was eventually convicted on four counts of murder and consigned toprison, where he stayed for twenty-four years. As the story begins, Jörg, nowin late middle age, has been released on a presidential pardon. This pardon issupposed to symbolize reconciliation, the closing of the door on that particularnational trauma.

Jörg’s sister Christianehas organized a weekend party to welcome him back to freedom. The guests, mostof whom haven’t seen each other since their student days, assemble obedientlyat Christiane’s dilapidated manor house in the depths of the Brandenburgcountryside. They have all left their radical pasts far behind. Karin hasbecome a bishop in the Lutheran church. Ulrich owns and runs dentallaboratories. Ilse, for many years a schoolteacher, has begun to write fiction.Andreas, the terrorists’ lawyer, now represents more conventional clients. Theyall have a hard time understanding their youthful convictions, suspecting thateven at the time their motivations were less than pure. Only Jörg appearsunrepentant, ready if necessary to resume the armed struggle.

But how much of hisapparent resolve is real and how much is due to mere vanity? This is what theothers wonder as they watch Jörg preen in the adoring gaze of a young acolyte,Marko. Or is he simply stupid, ethically and intellectually incapable offeeling remorse for the four innocent lives he took? After all, it’s not as if “thepeople’s liberation struggle against imperialism and colonialism” put theslightest check on the actual progress of imperialism and colonialism. It was afutile effort whose futility lives on in Marko’s idiotic rhetoric:

If wejoined with our Muslim comrades we could really get things going. They withtheir power and we with what we know about this country—together we couldreally strike where it hurts….You probably think September Eleventh was justsome crazy Muslim affair. No, without September Eleventh none of the goodthings that have happened over the past few years would have happened. The newattentiveness to the Palestinians, still the key to peace in the Middle East,and to the Muslims, still a quarter of the world’s population, the newsensitivity to the threats in the world, from the economic to the ecological,the realization that exploitation has a price that is always rising—sometimesthe world needs a shock to come to its senses.

Christiane’s friendMargarete, new to the group, sees the “liberation struggle” in termsof pathology. “Listening to Christiane and her friends talk about the RAFand Germany’s autumn of terror and the pardoning of terrorists, time and againMargarete had the sense of something sick, a subject in which people weretalking about a sickness that had afflicted the terrorists back then and wasnow afflicting the speakers.” Ilse, the most introverted member of thegroup, tries to work out its history through fiction. Traumatized by the sightof victims jumping from the burning World Trade Center, she writes a story inwhich an imagined RAF terrorist loses his own life in the Trade Center decadeslater.

It is left to Jörg’s sonFerdinand, two years old at the time of his father’s arrest and now an adult,to make the inevitable link between the ethos of Jörg’s generation and that ofthe reviled Nazis, their parents.

In thelittle town where I grew up, I would play cards in the pub with my friendsevery few weeks. One evening I learned that the five old men at the locals’table had all been in the SS. I sat down at the next table and pricked up myears. Remember the time, remember the time—it was like that all evening. Don’tyou remember the time we beat up the Jews in Wilna and shot the Poles inWarsaw, obviously, but: remember the time we drank champagne in Warsaw andfucked the Polish girls in Wilna. And remember the time the barber shaved theold men with the long beards, ha-ha? You’re exactly the same. What about:remember the time you shot that woman during the bank robbery? Or the policemanat the border? Or the head of the bank? Or the association president?

Was the decision by the1970s generation, then, to make a virtue of random violence an earnest reactionagainst the evil committed by their fathers a generation earlier? Or does itrepresent a curse passed from father to son, one that might only be exorcisedfrom history with extreme difficulty?

There is no doubt whereSchlink’s own sympathies lie: he has devoted his life to the law, after all,and as one might expect, the unrepentant terrorist Jörg is a thoroughlyrepulsive character. Germany’s “autumn of terror” might seem verydistant now, but it continues to haunt Schlink’s generation, with reason. UliEdel’s 2008 film The Baader-MeinhofComplex, a beautifully produced recreation of the gang andits deeds, failed in its central mission, which should have been to help usunderstand the real motivations behind the terrorists’ formulaic rhetoric. Schlinkdoesn’t entirely succeed here either, and perhaps there is no way that those ofus not infected by what Margarete deems a “sickness” can ever reallymake sense of the violent and irrational ideology. But its toxic residuecontinues to poison German waters. Just this month a fifty-eight-year-oldformer Red Army Faction member, Verena Becker, has gone on trial for theshooting deaths of West Germany’s top prosecutor and two others in 1977. Discussionslike those around Christiane’s dinner table are no doubt taking place all overGermany today.