The Wisdom of Psychopaths 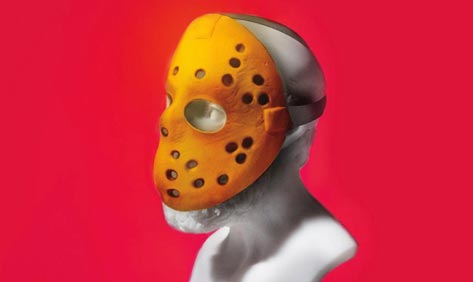 Before you playfully admonish your friend to not to be such a “psycho,” you might want to reconsider. According to psychologist Kevin Dutton in his new book The Wisdom of Psychopaths, it might turn out to be more of a compliment.

Deploying the fruits of years of research — as well as a wealth of observations and interviews — Dutton makes the argument that psychopaths are rich in many personality traits key to survival. Their flatlined emotion and lack of compassion, he proposes, is akin to that of a Buddhist monk, who has studied the art of controlling one’s response in stressful situations. On practically every page, Dutton gives us an example of what we can learn from the psychopathic brain. What if “that kid with a knife in the shadows at the back of the movie theater might well, in the years to come, be wielding a rather different knife at the back of a rather different kind of theater?” Here he means the operating theater. He even interviews a brain surgeon (the names have been changed) who tells him “I have no compassion for those that I operate on…. When you’re cutting loose and cheating death high above the snowline of the brain, feelings aren’t fit for purpose.”

Nearly the entire first half of the book is dedicated to defining what makes someone a psychopath — not, as you might imagine, an easy diagnosis. That said, if you’re wondering if you could be one, Dutton offers a simplified version of the Big Five personality test at his website — the topics of the questions range from how much you like rollercoasters to your feelings about canceling appointments. In the end, surprisingly enough, this book can be read as a helpful primer on learning how to stay engaged with the present, a kind of awareness Dutton calls “supersanity.” In the words of one incarcerated psychopath Dutton interviews, “Ninety-nine percent of the things people worry about never happen. So what’s the point?” In a country where 26 percent of adults suffer from an anxiety disorder, one has to admit, it’s not bad advice.