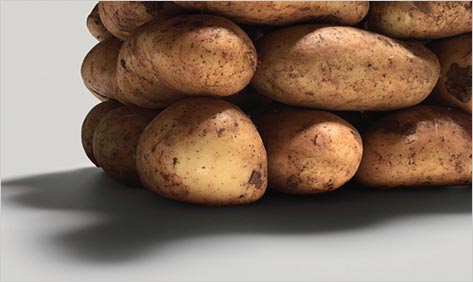 Rare is the novel in which the narrator halts his story to address his prospective publisher, but such a technique recurs throughout Sergei Dovlatov’s The Zone, a 1982 work — reissued earlier this year by Counterpoint — that seems to dare you to classify it.

“For three years now I have been trying to publish my prison-camp book,” the narrator — a stand-in for Dovlatov — remarks early on, setting up a sort of book-within-a-book scenario or, at least, the hint of one. So it comes as some surprise, as you read on, that this is an undertaking devoid of any artifice or gimmickry, with the conversational asides — and the stories that begin by addressing his publisher — having the effect of bolstering the narrator’s confidence, as he escorts us through a number of camp vignettes that are by turns brutal, hilarious, sobering, and, curiously, relatable, even if you’re not the prison camp type. “I was friends with a man who had once upon a time pickled his wife and a children in a barrel,” our man states. Not for shock value, but rather as the start of a systematic dissection of how prison camp life takes on the mores of regular life, as though it is not a setting that shapes a person but rather the individual that creates or destroys whatever order — and truth — a given setting may provide.

Dovlatov has a disarmingly honest voice, and he doesn’t muck about with pretense. There’s black humor in the assorted shenanigans of the prison guards, but you have to reread some passages to determine just who was doing the guarding, and who was doing time. Guards and prisoners hang out, even if the latter sometimes try to kill their captors, but they also try and kill their own kind, so there’s a weird, backward kind of equality at play. For anyone hung up on whether this is fiction or nonfiction, Dovlatov, billing himself as “The Author,” declares that “all the fictionalizing was unexpected and accidental.” So you’re on your own then. Still, this is not the work of a trickster, and an earnest tone prevails throughout, even when sheep are sodomized or men get high on a noxious form of stewed tea. The sheep romancer is granted a degree of sympathy — less so may be said for the animal, perhaps — and the convicts who wouldn’t mind shanking you will at least offer you a loving cup of their bilge. Cheers all around.

The longest vignette is more of a short story, served up almost out of a sense of guilt that the incidents thus far presented have been too fleeting, although that seems a case of writerly — either on Dovlatov’s part, or that of his stand-in — paranoia. “Let there be at least one relatively whole section of the book,” they declare. And so follows one of the great mash-ups of modern Russian literature, with the narrator setting off to another camp to bring back a prisoner noted for his performances as Lenin in various convict productions. If ever the high camp of a Marx Brothers script was crossed with the subdued, internal landscapes of Chekhov’s “The Steppe,” the result would fall within the bounds of this chapter. As soon as you’re doubled over in laughter, something gutting follows, before it’s back to the laughter, and then another jolt of pain. After a while, it becomes difficult to tell where one emotion stops and the other begins, leaving each of us to try and navigate a zone of our own.