The Zone of Interest 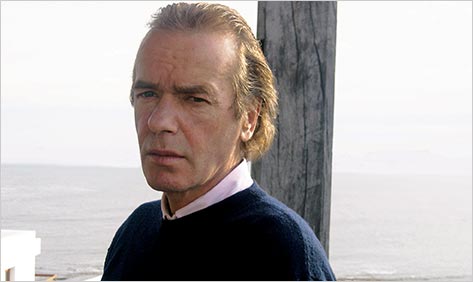 In the lengthy author’s note after the end of Martin Amis’s newest novel, The Zone of Interest, he details the formidable amount of reading he has done that led up to this latest aesthetic act — part research, part obsession. His mention of a recent edition of Primo Levi’s The Truce is particularly noteworthy; it includes an addendum, The Author’s Answers to His Readers’ Questions. Amis is trying to address the way in which the Holocaust is “beyond belief, and cannot quite be assimilated,” and Levi’s assertion, that we should not try to understand the Nazis, interests him. He quotes at length a passage that begins, “Perhaps one cannot, what is more one must not, understand what happened, because to understand is almost to justify.” Amis found this something of a spur to action at last in writing this novel, after so much horrified awe, for the way he sees Levi “lifting the pressure off of why, and pointing the way in.”

Into what we come to know as Kat Zet, the Buna-Werk, or, Auschwitz, and in particular, the Zone of Interest, home to one of the most infamous Nazi concentration camps, the setting of this novel.

Every new novel by Martin Amis now faces its own sort of test, it seems: it must be either his best or sign of a decline. Either way, it must move out of the shadow of his most famous novels, his personality, his famous friends, his famous father, his famous life. Each is, in a sense, a little like he was himself when he debuted with The Rachel Papers, and had to make his name, apart from his father. For this reason, I found I could empathize with Mark O’Connell at Slate when he said he wished, for a moment, that he could read this novel as if it were by an entirely unknown writer, and evaluate it that way.

For all that, I think it is better not to—better instead to see it as a part of a group of books in the neighborhood of this one — Time’s Arrow, his most famous of these thus far, twenty-five years in the past; a nonfiction book, Koba the Dread; and the novel House of Meetings. We should think of them as a group, along with all of his novels, and also think of why we do this to our writers — ask them to perform their personality for us in public, and then, when they do, to hold it against them. We should ask why we ask them to challenge themselves aesthetically, and when they do, tell them they’ve abandoned us as readers.

As a fan of The Information, I’m not prepared to say this is his greatest work, but it is, I think, a victory, and has a finality that suggests it is the completion of a cycle. The story is told to us across three points of view, from three very different men inside of this concentration camp: Angelus Thomsen, Paul Doll, and Szmul. These men occupy very different levels of power within the camp, and function a little like declensions within this little realm of state-sanctioned horror and death. Thomsen is a mid-level officiant, and is preparing to be something of a traitor; Doll is Thomsen’s commandant, a drunk who is going insane; Szmul is below them both in rank, a Sonderkommando, a Jew put in charge of the disposal of the bodies of the other Jews. Their voices, distinct in tone, are that of the would-be lover, the tyrant, and the poet.

And these three have come together to tell us a story about the loneliness of a woman in the aftermath of a great love. 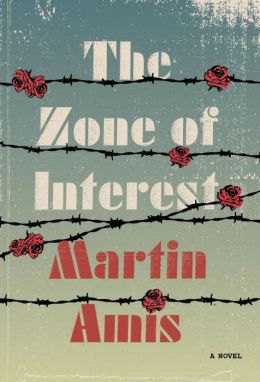 Wherever we are in terms of point of view, there is a single constant: Hannah Doll, the wife of the commandant. It is not initially obvious why we are seeing what we are seeing, as this is not like the vast majority of Holocaust literature,. Most of that literature acts urgently to provide a witness to this terrible, terrifying period of history. Instead, this is a love story, and at the center are Hannah — the love object of Thomsen, and the wife of Doll, and something of a humane passerby to Szmul — and the great love of Hannah’s life, Dieter Kruger, a Communist, purged by the Nazis, who was sent away to be tortured or killed, after a long period of being persecuted by Doll, and whose real story is a mystery the novel follows carefully. The lovers’ story threads subtly through the lives of three men, a little like a cigarette burning somewhere that each can smell.

Thomsen has said he will look into Kruger’s fate, a kind of gallant gesture that he is hoping will lead to a seduction. But he is soon jealous of this man Hannah loved, and as he approaches the very edge of whatever it is that happened to Kruger, it is eventually clear that any help Thomsen provides will be complicated at best. When he learns Kruger was “spirited away for special treatment,” he arrives at a dilemma — was it in his best interest to say as much to her?

So the question was clearly framed.

Did I want the rugged Kruger at large, boldly masterminding an isolated splinter of the resistance, perhaps, hiding, planning, putting himself in harm’s way? — his craggy good looks gaining and maturing in nobility and honour?

Or did I want his existence reduced to an exhausted echo or two in a blood-bespattered Horrorzelle, a handful of ashes, and a scratched-out or inked-over name in a barracks register?

As he cannot choose whether or not to be in the shadow of the man Hannah loves, he can only choose which shadow that is.

Hannah’s husband, Paul Doll, has long lived in the shadow of Kruger, and is of course monitoring her communications with Thomsen. What he discovers exercises him to renew his punishment of Kruger, if possible, and return to his pursuit of him, intent on crushing her hopes. She has become increasingly sexually aggressive, but not towards him, and she openly listens to “enemy radio,” taunting him. He baits Szmul into a plot to get his revenge on her, and at the novel’s climax, we discover, at last, the reason for these multiple points of view.

“Once upon a time there was a king, and the king commissioned his favorite wizard to create a magic mirror. This mirror didn’t show you your reflection. It showed you your soul — it showed you who you really were.” These are Szmul’s first words to us, and it is a conceit we return to again and again—who am I? Each of the narrators is differently, privately lost. It is also something of a key to the structure — each narrator knows something the other does not about the story at the center, and the pieces arrive at angles to each other. All of the characters are thus constantly revealing different sides of themselves, from cruel to kind, innocent to monstrous, selfless to selfish, as we proceed to the end, where, in a kind of afterlife, years after the end of the war, Thomsen finally is able to find Hannah, to tell her what he found.

Despite some reviews saying otherwise, it’s worth noting the novel does not appear to be a satire, though humor is in it in strange and sometimes terrifying ways — the jokes are not here to amuse us, nor are they to satirize Auschwitz, as if such a thing were even possible. They are deployed by the characters as acts of aggression, as anyone guilty of the worst imaginable might joke to try and distract from their crimes. For example, on arriving at an amateur theatrical night, Thomsen’s best friend, Boris, greets Thomsen’s sometime mistress Ilse familiarly:

“…Ilse,” he said intently. “An investigator here from Berlin told me you set your dogs on a Greek girl in the woods, just because she wandered off and fell asleep in a hollow. And you know what I did? I laughed in his face. Not Ilse, I said. Not my Ilse. Good evening to you, Oberaufseherin.”

World War II has occupied, for a very long time now, a place of uncomplicated virtue in the history of American life — it was the last time we were unmistakably on the right side of a war. We weren’t, of course, but nostalgia for the war was nostalgia for an America admired by other nations. When Rumsfeld said we’d be greeted in Iraq as liberators, it was a nod to the liberation of France. We don’t want to remember the Jews who were turned away, or the Nazis who were allowed to cut deals and go into hiding, working for us, we don’t want to remember Hiroshima — we want to both have the privilege of moving on, and when we do look back, we want the privilege of looking back to that one spot amid all the rest, and smiling. Before moving on again.

Amis has famously moved to Brooklyn — and, in a sense, this is his most American novel, I think, even if it is not at all American in any obvious sense. But it is about America—this country that debates whether people can live on $7.25 an hour, schedules them to work on algorithms that require twenty-four-hour daycare, and questions whether they should be free to not have health care, all while militarizing the police, and undermining any democratic reforms as it pursues a state of permanent war. Amis may not have set out to make an allegory, but it is here for the taking. Why is Amis writing about the Holocaust? some have asked. He both is and is not, I think, interested in the past. He is and was always, interested in the making of that mirror, for the king.