Three Days Before the Shooting . . . 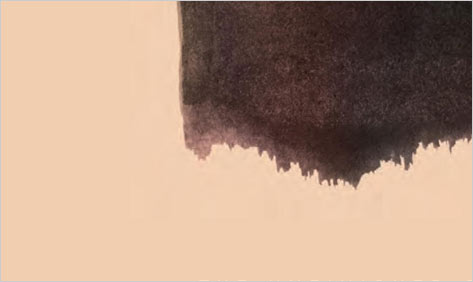 We should consider Ralph Ellison’s second novel one of the lost triumphs of modern literature, alongside Robert Musil’s unfinished work The Man without Qualities, the second volume of The Brothers Karamazov that Dostoevsky’s death kept him from even beginning, and doubtless others of which we are not aware. Called, in the case of this excellent and necessary new Modern Library edition, Three Days Before the Shooting . . . , Ellison’s book (which he worked on from the middle 1950s to his death in 1994) was to have been an examination of paternity in all its senses, of race in America, of our cacophonous political life, a book resonant with the frightening intimations of collapse and explosion that dominate the end of his masterwork Invisible Man.

That novel ends with a small war in the streets of Harlem; this book was to have begun with a more focused act of violence, the assassination of Senator Adam Sunraider, a Southern-bred, North-dwelling racial and political provocateur. The narrative, as Ellison originally planned it, would follow the careers of Sunraider, his black adoptive father Alonzo Hickman, and the various characters in their orbit: Hickman’s lover Janey, the white journalist Welborn McIntyre, the jazz musician LeeWillie Minifees, and Sunraider’s son (and would-be assassin) Severen. The various plot strands are numerous and complicated — it suffices here to note that they are recognizably Ellisonian, occurring at the violent intersection of race, society, and contemporary myth. They are also haunted, like Ellison’s previous work, by questions of freedom and agency. And the prose, too, shines: McIntrye, recalling a wartime memory of a bombed cathedral, reflects that “the very damage, the smashed incompleteness, made me realize as never before the grandeur of its inspiration.” Eerily prescient, it’s tempting to say — though the author himself would, the evidence suggests, looked askance at such a reading — Ellison wanted to complete at all costs the vast, difficult work he’d undertaken.

Three Days Before the Shooting . . . is not the first emergence of this material. Fragments appeared in various guises during and after Ellison’s life, most notably as Juneteenth, a 1999 condensation and re-organizing (undertaken by Ellison scholar John F. Callahan) of the 2000-odd manuscript pages Ellison left behind him at his death. The current volume, edited by Callahan and Adam Bradley, enlarges tremendously the scope of Callahan’s previous project: it includes drafts polished and unpolished, unconnected sketches, reworkings of material, self-cannibalizations, multiple usages. It is as true and comprehensive a picture of the state of Ellison’s last work as could be hoped. And if its very capaciousness, its multifarious character, prevented it from receiving the lavish pre-publication attention paid to another, equally powerful unfinished final book, Vladimir Nabokov’s The Original of Laura, Ellison’s unearthed and restored manuscript, with Callahan and Bradley’s erudite, forceful commentaries and appendices, is enough in itself to console us — displaying, as it does, the grandeur of its inspiration.

Sam Munson’s first novel, The November Criminals, will be published by Doubleday in April.
Tags: FICTION

Sam Munson's first novel, The November Criminals, will be published by Doubleday in April.