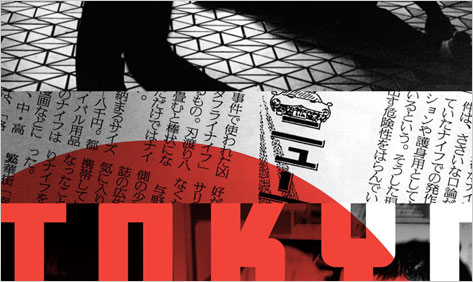 Contemporary Japanese crime novelists explore violent territory that Americans, even with their love of serial killings and on- and off-screen horror, would be loath to touch. The 1999 novel Battle Royale by Koushun Takami, as controversial as it was in Japan for its depiction of youthful brutality, might never have seen the light of day here had it originated from an American writer, especially as its initial publication came about around the same time as the Columbine school shootings. Women writers based here certainly do go deep into the heart of the gruesome (Chelsea Cain and Karin Slaughter are the most recent examples), but Natsuo Kirino’s Out, coolly brilliant in its portrayal of four desperate women resorting to the dismemberment (and beyond) of a dead man formerly viewed as a threat, barrels straight through every limit of tolerance.

The fearlessness of Japanese crime writers (not to mention the violence pervading a great deal of the manga published there) owes something to the news they find at hand, despite the fact that the rate of violent acts in Japan pales next to that in America. Consider the case of Issei Sagawa, who murdered and ate parts of a fellow student while studying abroad in the early 1980s. Upon returning home, Sagawa was declared not responsible for his crimes and never served time in jail – instead, improbably, he became something of a celebrity, and now has several books to his name. A series of child murders that terrorized Tokyo in the late 1980s turned out to be the horrible handiwork of a psychopathic teenager. Violent crime may be rare, but when it does happen, it explodes with the force of multiple powder kegs.

So Tokyo Vice, Jake Adelstein’s marvellous account of his years working as a police reporter in many of Japan’s metropolitan centers and suburban corners, is both highly unusual and not really unexpected. It is a rare thing for a foreigner to be proficient enough to write for a newspaper in his second language, never mind becoming an expert on law and order, sex trafficking, and the country’s strangely corporatized gangster system. But within Japan, it seems, anything is possible, and often done, even while the culture’s vaunted decorum is maintained.

“What are the chances that a Jewish kid from Missouri would be accepted into this high-end journalistic fraternity?” The twenty-four-year-old Adelstein’s question to himself in the fall of 1992 is posed years after his arrival on Japanese soil to study at Sophia University, following a childhood spent absorbing the stories and choices made by his county coroner father and an adolescence of anger and confusion quelled by martial arts. His query is answered after a day-long series of exams in a gym, for that’s how Japan’s newspapers, from the top-ranked Yomiuri and second-place Asahi to every other venue (including the second-class wire services and sneered-upon tabloids) find the newest talent. It’s just one of the many ways that journalism as practiced in Japan and America differ wildly, as Adelstein discovers after he accepts a permanent contract with the Yomiuri — a fate sealed as much by luck and connections as by hard work.

Tokyo Vice offers a fascinating glimpse into Japan’s end-of-last-century newspaper culture as seen from a gaijin’s perspective. It’s filled with startling anecdotes and revelations. There’s the scathing memo sent by a longtime Yomiuri staffer to new hires, instructing them on how police reporters must cultivate sources to obtain precious scoops (“Do you take small gifts when you call on the cops in the evening?” “Do you ask the cops to get food or something to drink with you?” “Have you ever taken your wife and kids with you on a Saturday and stopped by ‘because we were in the neighborhood’?”). There are barroom brawls masquerading as male bonding sessions, and insight into the differences between American and Japanese attitudes toward pornography. Adelstein also superbly evokes the endless boredom that reporters hope will eventually lead to some nugget of valuable information. (“The curse of the police beat: the Yomiuri raises your pay, but it never matches the hours you work” is one of the many aphorisms that pepper the narrative.)

Adelstein writes of his quest for scoops with sardonic wit, and his snappy style mixes the tropes of detective fiction with the broader perspective of David Simon’s books as he makes a careful account of his journalistic wins and losses. Devoting a year to the investigation of the case of a famous dog trainer turned serial murderer, Adelstein gleans fresh information by bringing ice cream to a new cop source and sleeping with a woman connected to the murderer (seemingly unethical behavior his police connection and eventual close friend, Inspector Sekiguchi, applauds: “Keep pumping her for information. Hell, pump her for anything you want. Just tell me what you found out.”) Nevertheless, Adelstein’s trump card is played by somebody else, and “the scoop of the year” is blown thanks to an ordinary mixture of missed phone calls and lack of follow-through.

The author’s gallows humor bleeds into even darker, more serious hues once Adelstein starts covering the Japanese mafia, popularly known as the yakuza but known to its members as gokudo, meaning literally “the ultimate path.” Early in the book, one yakuza member, nicknamed the Cat, approaches Adelstein with a strange request to flush out a possible rat. The Cat’s humanity within his nasty milieu is oddly poignant, especially when he explains why he can’t leave the organization: “Look at me. If I dress like this, I look like any other businessman on the train at his day off. But if I roll up my sleeves [to reveal gaudy, elaborate tattoos] that’s the end of the pretty picture.” Adelstein’s chance discovery that another, more powerful yakuza member found a way to game the transplant system and bump himself up the list for a liver transplant at UCLA brings about threats against the reporter’s young family, his 2005 resignation from the Yomiuri, and a growing sense of unease that he is no longer safe in Japan.

In another incident, a phone call from an attractive young Australian woman opens Adelstein’s eyes to the horrors lurking beneath the glossy surfaces of Tokyo’s hostess clubs, expensive champagne binges, and raucous nightlife. Her story of sex trafficking involving illegal immigrants rocks Adelstein’s world, burnishing him with added purpose at the same time as it facilitates a protracted state of burnout. Still, “There’s a certain charge and power derived from being on a crusade. Self-righteous anger can really motivate you. I had done some things I wasn’t proud of, but compared to the flesh traders I was writing about, I was the Dalai Lama, at least in my mind.”

Adelstein’s mission gets results, especially when he’s tapped to investigate sex trafficking on behalf of the U.S. State Department, and he proudly reports them. But he doesn’t shy away from documenting things he isn’t proud of — namely, his culpability in the suicide of a fellow journalist and in the disappearance of sex workers, as well as the erosion of his marriage and his estrangement from his young children. Working to alter societal norms and rid Japan of its foulest elements comes at terrible personal cost, and one gets the sense that Adelstein will never shake off the ghosts that haunt him — even if he had the choice to do so. His Tokyo Vice astonishingly proves that no matter how weird and perverse Japan may seem in fiction, the real thing never fails to exceed our most violent expectations.