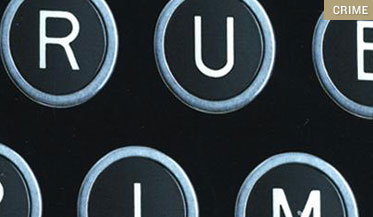 If people read detective fiction to see justice done, they read true crime stories in order to see innocence lost. From Edgar Allan Poe (who invented the detective genre) to Arthur Conan Doyle (whose Sherlock Holmes proved its greatest popularizer) through to today’s assortment of imaginary private and public investigators, fictional detective stories center on the heroic ingenuity of the detective, whose guts, guile, and guiding intelligence result in a solution that is — for entertainment’s sake — typically counterintuitive and unpredictable. The detective outwits the criminal and justice is served.

The true-crime story, on the other hand, is rarely puzzle-like. Real-life detecting is a more prosaic business. Murder is handled by the police, and they usually figure out whodunit pretty quickly. The allure of true-crime stories lies elsewhere, for they are about the victims and the criminals. The victims begin in a state of innocence, and the criminals arrive to wreck that innocence forever. Because the story is true, the reader can readily identify with the victims and share their entry into the world of violent experience, where malevolent — and fascinating — murderers walk the earth.

True Crime, Harold Schechter’s masterful anthology from the Library of America, showcases lost innocence through American time and space, ranging from the New England colonies to contemporary Beverly Hills. Choosing from a vast universe of true crime stories, Schechter divides his focus. Some of his selections spotlight famous cases, such as the legendary unsolved Black Dahlia murder of 1947, in which the shockingly tortured corpse of a young woman rattled — and riveted — Los Angeles. Schechter also brings our attention back to famous criminals like Ed Gein, whose grisly exploits inspired first Psycho and then The Silence of the Lambs, and Son of Sam, whose random killings terrorized New York City in 1977. Other chapters call attention to the work of famous writers who aren’t necessarily known for true-crime writing, such as Mark Twain, Frank Norris, or the poet José Martí. And of course there are famous writers covering well-known cases, such as Damon Runyon reporting on the notorious case of Ruth Snyder and her lover, Judd Gray, who were convicted of murdering Mrs. Snyder’s husband in 1927. Their trial is little remembered today — one of the many attractions of Schechter’s anthology lies in its recovery of crimes once famous but now forgotten — but the Snyder-Gray trial was a cause c&eacutelèbre of its time and the inspiration for James M. Cain’s Double Indemnity, a 1936 novel later adapted by Billy Wilder into one of the all-time great films noirs.

Roughly speaking, True Crime traces how crime reportage expanded from the realm of religious instruction to enter tabloid journalism, and finally to become literature. Schechter’s excellent introduction, augmented by headnotes to each chapter, shows how American true-crime writing originated in New England as part of the “execution sermon.” Delivered next to the scaffold as part of the hanging ritual, the execution sermon was a disquisition meant to instruct the assembled multitudes. This collection contains no actual examples of this type of oration, but it does include Cotton Mather’s Pillars of Salt, a remarkable 1699 compilation drawn from the tradition. Like other Puritan genres (such as the captivity narrative), true crime writing turned both secular and sensational over time, broadening its focus to encompass the prurient as well as the didactic. (Both of these preoccupations have endured to the present day, as Schechter’s selection from the prolific and popular Ann Rule, among others, amply shows.) When writers began striving for genuine literary effect, a development this anthology allows us to chart from its beginnings, the modern style of true crime writing had arrived.

The best pieces in True Crime showcase detailed character development of either victims or criminals. Celia Thaxter’s account of an 1873 multiple murder on a New Hampshire island stands out for its filigreed portrait of innocent victims whose simple lives are destroyed, for example, while Miriam Allen DeFord’s delicate anatomy of the infamous 1924 thrill killers Leopold and Loeb stands out for its attention to the psychology of the criminal, in effect answering the question, “Why would anyone do such a thing?” (A. J. Liebling’s gripping 1955 reenactment of how a clever young newspaper reporter cracked a murder case in 1898 stands out in the collection for its striking resemblance to an invented detective story; its singularity demonstrates how the narrative conventions governing true crime differ from those of crime fiction.)

What makes people kill other people who have done nothing to them? This question lies at the heart of true-crime writing, and it takes a variety of forms over the history of the genre. The Puritan minister asks the murderer on the way to the gallows if he knows that he has a “Wicked Nature in , full of Enmity against all that is Holy, and Just, and Good“? Two and a half centuries later, Elizabeth Hardwick observes that “it is not hard to understand organized crime, but how can you understand two young boys who kill an old couple in their candy store for a few dollars?” Modern true-crime writing focuses alternately on the hypothetical couple whose lives are destroyed, and on the two young killers and their murderous kin.

If True Crime has a weakness, it is only that this excellent anthology can’t encompass the book-length stories that have raised the literary reputation of true crime writing during the last two generations. Truman Capote’s In Cold Blood shaped the modern form of the genre, while Vincent Bugliosi’s Helter Skelter, Joe McGinness’s Fatal Vision, and Norman Mailer’s The Executioner’s Song are a few of the superb books that helped bring true crime to its current heights — partly because the longer format allows for a deeper exploration of the lives and personalities of victims and criminals and a more detailed portrait of their communities. True Crime richly satisfies on its own terms, and it is to the lasting credit of both the book and its editor that this anthology will undoubtedly send its readers in the direction of the great books that helped to inspire it.