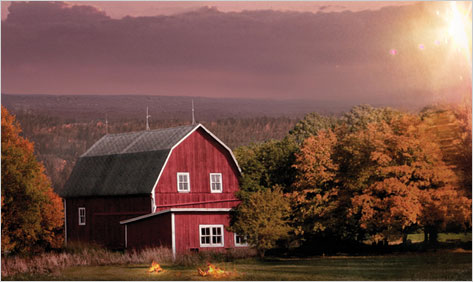 Stephen King’s Under the Dome is another brick — more like a wheelbarrow full — in the construction of the argument that genre writers are doing far more than their high-lit colleagues to realize the novel’s potential for  examining the institutions and politics of contemporary society. In King’s 1,074-page Under the Dome, a transparent dome suddenly descends on a Maine town, trapping the people inside and allowing the local thugs, elected and otherwise, to rule according to nothing more than their lust for power. The military and the media are stationed around the dome’s perimeter. And Washington even has someone — inadvertently — on the inside: Barbie, the former military man turned drifter, reappointed in the face of the emergency and designated by President Obama as his man in charge.

But it doesn’t matter that, in the old words of the New Left, the whole world is watching. Big Jim Rennie (yes, there’s really a character named Big Jim), town selectman, power broker, and secret drug lord (he’s set up a major meth factory), isn’t about to let some socialist Negro tell him how to run his town.

In the book’s afterword, King says he first tried to write Under the Dome in 1976 and couldn’t. No wonder. He had to wait for American reality to catch up to him. Which is to say that Under the Dome is King’s metaphor for the ways in which America sealed itself off from the rest of the world during the Bush administration. And the dome also works as a metaphor for those who, out of their belief that the current president is a usurper out to destroy the very idea of America, would like to continue that kind of internal isolationism.

Just because a metaphor is obvious — and they don’t get much more obvious than King’s dome — doesn’t mean it isn’t effective. King, who has always taken a naturalistic approach to fantastic subject matter (that’s what makes his work so frightening), pushes very close to caricature. Big Jim isn’t just Lionel Barrymore’s Mr. Potter as a drug lord and murderer — he’s a born again used-car salesman. That is to say, he’s the all-American huckster come back outfitted in the sheep’s clothing that some of the worst con men of the last 20 years have found suits them best.

How does King get away with it? There are, I think, two answers to that question. One is the sheer delusional extremism of our current era. To listen to the fantasies about death panels for the elderly and FEMA internment camps, about Obama being a socialist foreign national bent on turning America into a police state, is to realize that if Richard Hofstadter were writing today he’d have to call his essay “The Batshit Style in American Politics.” You can’t caricature people who have already turned themselves into caricatures.

The second answer has to do with the ways in which all of us are allowed to talk trash about our own. There are few American writers less removed from the people they are writing about than Stephen King. The details of middle-class and working-class life in his books have remained so vivid that you believe King could reel off not only the contents of his characters’ kitchen cabinets but also what they paid for all of it at the supermarket. The contempt King feels for his Down East Mussolini Big Jim and the thugs under Big Jim’s command isn’t the nose-sniffing disdain of the highborn for the lower orders, it’s the recognition that comes from having lived among people and seeing them for what they are, the way some of us notice, years later, that the class bully has joined the local police force. (I once watched King walk into a bookstore in Massachusetts and identify a clerk whom he recognized as having worked at a bookstore in Bangor 20 years earlier.)

A deep disgust animates Under the Dome — sadness, too. It reads as if King has stored up every way in which, during the first eight years of the decade, America betrayed its democratic ideal, every display of arrogance, every 3 a.m. panic that the bullies in charge were about to come knocking on the door, and tied it into his narrative. By the unsparing end, King has become something like the horror novel’s John Brown, ready to expiate his country’s sins in fire and blood.

Under the Dome sustains itself for all of its length. It’s not, though, the book I’d choose as the most resonant work of political or social criticism King has written. For me, those remain From a Buick 8 and Cell, both of which address the aftermath of 9/11 in terms that are emotionally direct —  yet not obvious in terms of their narratives. Both books are about the interruption of everyday life by events that don’t fit into any comprehensible context. And both ask if, in the wake of such ruptures, it’s even possible to reassemble a normal life.

The lauded novels that have attempted to address 9/11, like Joseph O’Neil’s Netherland, have avoided addressing the fear and rage that day stirred up, as if the proper function of being literary were to make sure, above all, that things stayed civilized and controlled, and churning, messy, potentially ugly emotions be avoided. Contrast that approach with this passage, taken from King’s From a Buick 8: “How mundane it had been, at least on most days. On most days we had just gone on…[it] didn’t change the amount of paperwork we had to do or the way we brushed our teeth or how we made love to our spouses. It didn’t lift us to new realms of existence or planes of perception. Our asses still itched, and we still scratched them when they did.”

Those lines don’t refer to 9/11, but I don’t see how any alert reader could fail to see how they apply to it.  It’s a passage in which our national ability to go on is shown to be inextricable from our national amnesia. It’s everything admirable and ignorant about America in a few lines.

You could say Under the Dome is about the consequences of not being lifted to new realms of perception by dire events. As a Twilight Zone version of It Can’t Happen Here, fat with character and incident, Under the Dome is an engrossing read, sometimes wobbly in tone, sometimes clumsy in execution. King has never coddled his readers by saving the most likable characters, and a writer who deals so often in horror should be lauded for portraying the ugly reality of violence, even if that sometimes means a descent into pulp. The overt political content of Under the Dome lacks the impact of the more oblique political comment embedded in From a Buick 8 and Cell — and yet you read this book feeling as if King is grappling with something. We’re awash in novels that are collections of beautiful sentences. Next to what King is attempting here, they’re the ones that feel sealed under a dome.