Vampires in the Lemon Grove 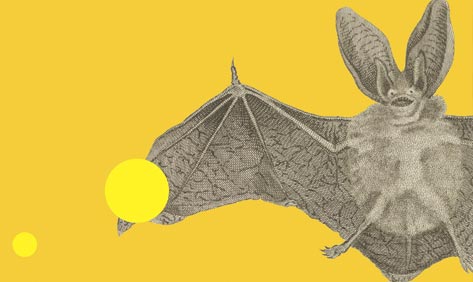 Crazy ideas are necessary to the creative process. Even a titan like Nathaniel Hawthorne had them, filling his “American Notebooks” with often hilariously ill-conceived writing prompts: “All the dead that had ever been drowned in a certain lake to arise,” he wrote, followed by an even less promising idea: “The history of a small lake from the first, till it was drained.” There were also “[a] very fanciful person, when dead, to have his burial in a cloud” and “[s]ome moderns to build a fire on Ararat with the remnants of the ark.” Not last but arguably least: “A person to catch fire-flies, and try to kindle his household fire with them. It would be symbolical of something.” Never mind what. Invent first, ask questions later.

Much of Karen Russell’s early fiction seemed to emanate from this firefly impulse, this urge to indulge flights of whimsy and then to invest them with meaning after the fact. She has been widely praised for her creativity, but many stories in her debut collection — a talking Minotaur pulls a covered wagon westward; a boy uses a Zamboni to attack his philandering father and a female Yeti mascot — were more grating than enchanting. Zany plots, goofy names, exclamation points, and forced pathos were on the wane in her novel Swamplandia!, but they were still insistent enough to make a serious reader gasp when the book nearly took the 2012 Pulitzer.

Now comes Vampires in the Lemon Grove, a collection that is, Pulitzer committee be damned, Russell’s first good book. It is an excellent book. It has its moments of overreach, its grating excesses, but it is the book we were promised in St. Lucy’s Home for Girls Raised by Wolves and Swamplandia! It earns its darkness, amounting to an update on E.T.A. Hoffman’s tales, and a number of its stories elicit emotion and reflection in a way Russell’s previous efforts signally didn’t. Real boys and girls, men and women, have taken the place of storybook characters.

Stephen King loved Swamplandia! He will feel the deepest pangs of envy over “Reeling for the Empire,” the second story in Vampires, in which patriotic Japanese girls are tricked into drinking a tea that makes them produce silk from their bodies. If the implicit allegory about prostitution and industrial exploitation is straightforward, the atmospherics and gory details are anything but. The climax, at once ghoulish and triumphant, puts the reader in mind of the kaidan genre introduced to Western readers by Lafcadio Hearn. It’s a strange compliment, but a genuine one, to say that Russell’s imagination really is capable of inducing nausea and terror.

Like “From Children’s Reminiscences of the Westward Migration” — the Minotaur story mentioned at the beginning of this review — Russell’s “Proving Up,” previously published as “The Hox River Window” in Zoetrope: All-Story, seems an explicit nod to the prairie lit of Willa Cather. Both stories focus on the struggles of pioneer children facing dangers beyond their years, but “Proving Up” is more mature, subtle, and frightening than Russell’s earlier westward gaze.

In the story, it is a prerequisite for land ownership under the Homestead Act that a sod building have a glass window; since windows are hard to come by, a frontier community shares a single pane in order to trick a federal “Inspector” who seems to be more bogeyman than reality. Russell depicts the rounds of a boy tasked with delivering the pane to his neighbors, and finally the boy’s encounter with a mad frontiersman who may or may not be the pane’s rightful owner — who may, indeed, be a ghost.

There are two other really great, anthology-worthy stories in the collection, and neither is the one with “vampires” in the title. “The New Veterans,” a risky foray into war writing, tells the tale of a traumatized vet whose tattoo changes with the progress of his therapy — and changes his therapist. It might have been a slight Bradbury knockoff, but is instead a measured, responsible use of the uncanny mode, of which Russell is becoming a master. Memory, empathy, and the true (thorny) meaning of getting well come in for a scrutiny that is rare in modern fiction. “The Graveless Doll of Eric Mutis,” a ghastly allegory about the wages of psychological violence, is both a tribute to Hoffman’s “Olympia” and an affecting condemnation of the most commonplace bullying.

There are also disappointments in Vampires. The title story is unmemorable and freighted with higher-order clichés — “a tan that won’t fade until I die (which I never will)” summoned a furious cringe, as did the “Texan [tourist] with a big strawberry red updo,” bat tangled in her hair, screaming “TAKE THE GODDAMN PICTURE.” “Dougbert Shackleton’s Rules for Antarctic Tailgating” is a protracted, unfunny joke at the expense of sports fans that should have died in the McSweeney’s slush pile. And the less said of “The Barn at the End of Our Term,” in which United States presidents are reincarnated as horses, the better. It was clearly intended as an exercise in metaphysics, but that doesn’t mean we have to treat it with respect.

All told, though, Vampires in the Lemon Grove is a startling success. Willa Cather wrote in O Pioneers! that “[t]here is often a good deal of the child left in people who have had to grow up too soon.” Vampires in the Lemon Grove demonstrates the inverse of this principle: There is often a good deal of the adult brewing in artists who haven’t had to grow up soon enough. A literary congregation that genuflects before mannered whimsy and overwrought creativity has long praised Russell for being naïve beyond her years. But there is a spark in this writer more substantial than a jar of fireflies, and it’s finally starting to burn like a house on fire. Unlike most precocious talents, Ms. Russell’s best work is very much ahead of her.