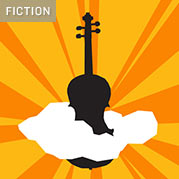 While reading Ricardas Gavelis’s Vilnius Poker, a line from Joyce’s Ulysses surfaced in my memory, “Stephen bent forward and peered at the mirror held out to him, cleft by a crooked crack, hair on end.” On at least six occasions, Gavelis (1950-2002) name-checks the Irish Zeus who commemorated the capital of his homeland by besieging it with the distorting optics of his prose. What Joyce did for Dublin, Gavelis has in mind to do for the capital of Lithuania: chide it, gossip about it, and bore it into the memory of those who may never visit it. His point man in this mission is Vytautas Vargalys, an unhinged library archivist. A survivor of a labor camp, Vargalys is convinced that a demonic They, ” metaphysical tribe that broke off from the human family in times past,” are the ghosts in the machine who shore up humankind’s degeneracy. He finds evidence of Their legacy in figures as disparate as Stalin and Plato, both champions of the notion that “every member of society is nothing more than a function.” Though some may find the novel’s muddling of cause and effect to make for an unaccommodating read, its concerns are by no means hermetically European as demonstrated by this quotation, which I particularly dug: “You can’t get away from Vilnius…. America’s blacks know this sensation well. Their Vilnius, that third one, is called the blues. Not a song, not the music…. One old man in Harlem explained it to me this way: when some other old negro talks, and I listen, it ain’t just the two of us, there’s always a third, and his name is the blues…. And our blues is called Vilnius. Horrible, beloved Vilnius.”