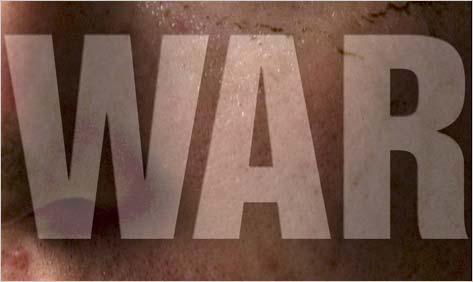 In mid-April, the U.S. military executed what it called a “strategic withdrawal” from Korengal, a small valley in northeast Afghanistan that it had tried for four years to pacify. Dozens of U.S. soldiers and many more Afghans had died violently there. When the U.S. pulled out, the valley was still so dangerous that officers had to offer village elders six thousand gallons of fuel as a bribe not to attack the convoys during their drive to safety.

This is about as close to an acknowledgment of defeat as one is likely to see in this war. Sebastian Junger’s new book, War, is a depiction of one year in the life of the U.S. soldiers who tried to turn the occupation of Korengal around, and whose battle against a steady barrage of Taliban attacks was eventually judged to be not worth the trouble. Junger, author of The Perfect Storm and a reporter for Vanity Fair, visited Korengal’s forts and outposts serially for one year, and his dispatches present a sometimes unbearably gritty look at the daily life of soldiers there. As a narrative of combat in Afghanistan from the U.S. ground perspective, the book has no rivals. It makes one wonder how any army could hold ground in Korengal, and indeed why it would even want to.

The Korengal of Junger’s narrative is “an Afghanistan within Afghanistan,” crystalizing all the violence and enmity of that country in a divot of earth just six miles long. The local people are completely uninterested in helping their occupiers. The fighters among them are hellbent on overrunning the bases, not only to kill Americans but also to carry off their corpses as prizes. The strategic value of the valley is essentially nil, because it is not really on the road to anywhere; only six thousand people live there. Its sole products, timber and wheat, are not particularly lucrative. Some say Korengal has a sort of “flypaper” role, and attracts fighters who might cause even more damage elsewhere. But none of the explanations is convincing (invocation of flypaper is always a sign of strategic bankruptcy). At one point a soldier tells Junger that the base he commands is really just “a huge middle finger pointed at the Taliban fighters in the valley,” a monument to remind them that shooting Americans will only make them fight harder, until now at least.

With that middle finger now publicly amputated, one might ask what force of will kept it extended for so long. In Junger’s telling, the effort was horrendous, and the stresses it put on American soldiers nearly unimaginable. In several engagements, the Americans take more than fifty percent casualties, and Junger is unflinching in reporting the worst of them, particularly the head shots (usually a quick death) and the “bleed-outs” (ripped arteries, which only a swiftly applied tourniquet can save). His accounts of the few times when Taliban have literally overrun outposts, breaching their walls and shooting freely among the soldiers, are particularly harrowing, and produce the bulk of the American body count in these pages.

The narrative is always compelling but at times difficult to take, for reasons both of squeamishness (though rarely gory, the accounts are wrenching) and of emotional drain. Junger has deliberately ignored strategic questions in favor of an intense and sustained soldier’s-eye view. And while that view does justice to the boredom of base life, it does pack into just a couple hundred pages a full year of death and mayhem, which simply cannot be processed by anyone in the level of detail at which he offers it. Just as a war movie that showed only the most intense scenes of battle (think of the Omaha Beach scenes of Saving Private Ryan drawn out over a full two hours) would be unwatchable, by its own potency Junger’s book is rendered unreadable in large doses.

That, perhaps, is the goal. The book is less about fighting with the brain than about fighting with the muscles and glands, and taxing them beyond what they can normally sustain. The soldiers with whom Junger embeds do not care about politics. They are endlessly practical and look for any way at all to bear the physical and psychological burdens of their situation. They know that if you cut off your shirt below the armpit you will stay cool, yet appear still to be in uniform, under your body armor. They know how to sustain bucket-loads of stress hormones in their systems, in anticipation of a wave of Taliban attacks. And they know that wearing flea-collars on your ankles doesn’t do much to protect you against Afghan fleas, who on every forward base I have visited have been roughly as ferocious and bloodthirsty as the humans.

This practicality is at times unnerving. The soldiers are concerned at every moment with survival, and that fierce reality reduces them temporarily to bundles of instincts, capable of being described in the language of machines, or as sums of their chemically constituent parts. Junger says they reek of ammonia, because in the course of fighting in nearly a hundred pounds of combat gear they quickly burn off their bodies’ natural grease and start burning muscle, with ammonia as a malodorous byproduct. In firefights they live or die by their reaction speed, like machines or robots. Junger looks up the neurobiology (there is a surprising amount of academic research in this book, though it is worn lightly) and does the math, finding that one might feasibly dodge a bullet, if it is coming from more than ten football fields away.

What does all this amount to? The book certainly explains less than its grandiose, single-word title promises. (The section headings, equally grandiose, are “Fear,” “Killing,” and “Love.” Why this extremely specific and detailed book requires these general and pretentious headings is a mystery.)  There are no Afghans with prominent roles in the narrative, even among the Americans’ comrades in the Afghan National Army, so it would be a strain to claim that it revealed much about the Afghan war as a whole, or about Afghanistan as a country — although since Junger suggests that the Korengal, that unfriendly and valueless place, is a microcosm for Afghanistan, one wonders whether the strategic withdrawal portends one on a larger scale. In the end, and especially with the ignominious coda of last month’s base closing, War reads as a melancholy tale of frustration, an account of an inexorable slide toward defeat, with many dead and damaged, physically and psychologically. To foreclose the possibility of a sequel, six thousand gallons of diesel is nothing short of a bargain.