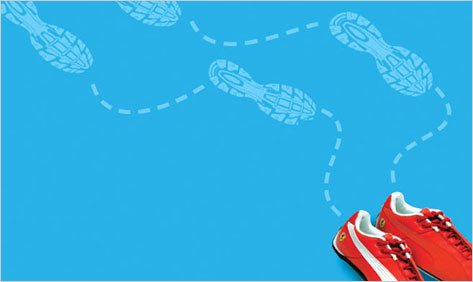 I find it nearly impossible to dislike a Sherman Alexie story, or novel, or poem, or whatever he writes.  And in the last 15 or so years he has written quite a bit, a whole suitcase of books (four novels, three collections of short stories, and a dozen books of poems) — checked luggage, not carry-on.

His latest, War Dances, which the writer and his publisher have refused to categorize, comes across mostly like a story collection: there are five longer stories, about a half dozen shorter fictions, and twice that number of poems.  I know little of the writer’s biography, other than that he’s Native American from the Pacific Northwest, but a number of the stories seem to me to scream out from the rowdy autobiographical seats in the fiction stadium.  Not that it matters: Alexie writes with equal insight about a privileged white ne’er-do-well senator’s son and a Native American watching his father die slowly.

That latter scenario is the basis for the multi-part story that gives the book its title.  It’s a virtuoso performance of wit and pathos, a cultural and familial critique and a son’s quiet, worthless scream against the night as his father expires.  The focus of the tale zips around from the ailing and alcoholic father, to the narrator and son’s own newly found tumor, to the small dramas of family life: the narrator’s wife is on vacation in Italy with her mother and he must take care of his sons while contemplating his own mortality.  A childhood case of hydrocephalus has him convinced that now, as an adult,  “the obese, imperialistic water demon that nearly killed me when I was six months old,” has returned.

In “War Dances,” Alexie works his deepest critique of his own Native American culture.  The longest section of the story, titled “Blankets,” takes place entirely in the hospital.  It opens: “After the surgeon cut off my father’s right foot — no, half of my father’s right foot — and three toes from the left, I sat with him in the recovery room.” The father is cold and needs a blanket and the son sets off on a mini quest.  After bugging a charge nurse he wryly notes, “No, when people asked for an extra blanket, they were asking for a time machine.”  But an extra hospital “blanket,” it turns out, won’t do it, because it’s not much of  a blanket:  “It was more like the world’s largest coffee filter.”

And so the quest continues through the hospital.  “And then I saw him, another Native man, leaning against a wall near the gift shop.” After positing that the man could be Asian, or Mexican, he approaches: The men exchange tribal information and jokes about ex-wives.  The stranger tells the narrator that his sister is having a baby (I won’t spoil the dark joke that comes here) and explains that his father has started a birth tradition for the family that is a thousand years old, “But that’s bullshit.  He just made it up to impress himself.” Our narrator eventually gains the gumption to ask the stranger for a blanket and a comedy of culture ensues.

“So, you want to borrow a blanket from us?” the man asked.

“Because you thought some Indians would just happen to have some extra blankets lying around?”

This goes on a bit, the stranger accusing our narrator of being racist and of stereotyping his own people.  The narrator, as it happens agrees: and the stranger says, “But damn if we don’t have a room full of Pendleton blankets.  New ones.  Jesus, you’d think my sister was having, like, a dozen babies.”

This combination of  genius and tenderness of Alexie come through most clearly after he’s thrown a few darts at “charlatans, men and women who pretended — hell, who might have come to believe — that they were holy.” Because then our narrator sits down with his father, his father who is dying from “Vodka straight up with a nostalgia chaser,” and he sings a healing song with his father, who is now bundled up in the borrowed blanket: “My father could sing beautifully. I wondered if it was proper for a man to sing a healing song for himself.”  And the old grouchy charge nurse looks at the two men and smiles.  The narrator says, “Sometimes after all of these years she could still be surprised by her work.  She still marveled at the infinite and ridiculous faith of other people.” This ridiculous faith is not Native American, or Christian; it’s untitled, rather simply and powerfully human.

All this transpires in a style that is tough to categorize (another point in Alexie’s favor), but in “War Dances” and a few of the other stories here he reminds me of the early-20th-century master of the short form Akutagawa Riyunosuke.  Honestly, on the second and third reading of “War Dances” the story seems a bit of a mess, but a fine mess it is.  It’s as though the scaffolding has fallen away from a building but through its falling has been rearranged into a masterful post modern statue.

Few other contemporary writers seem willing to deal with issues of race, class, and sexuality as explicitly as Alexie.  In “Breaking and Entering,” a Native American man who is a freelance film editor beats to death, with a bat, an African-American teenager who has broken into his basement and is stealing DVDs.  The local media and the young man’s family identify the narrator of the story as white.  “I am not a white man,” he informs us:

I am an enrolled member of the Spokane Tribe of Indians.  Oh, I don’t look like an Indian, or at least not typically Indian.  Some folks assume I’m a little bit Italian or Spanish or perhaps Middle Eastern.  Most folks think I’m just another white guy who tans well.

While writing about race Alexie continually changes the dialogue, mixes up the play list, and writes his way into sobering terrain where the reader must recognize that race still dictates matters of culture and class, especially among the poor and working class.

I can understand why some readers might have difficulty with some of Alexie’s work.  He never answers any questions, he never tells the reader how to think; rather, he shows how others think and behave in both flawed and beautiful ways.  The gay-basher in “Senator’s Son” is an extremely distasteful character, but Alexie seems to suggest that even this violent man might be forgiven and that his violence was born from a complicated upbringing that ranked a father’s ambition before a son’s well-being.  But regardless of the happenings in the story, Alexie leaves this verdict largely to the reader.

Occasionally the strengths of Alexie’s prose and characterization are bogged down by storytelling that resembles a clunky and simple teleplay, as in the early pages of “The Ballad of Paul Nonetheless,” but even here he redeems himself with a surprising and thrilling descent for the main character, and the story ends on a haunting note.

My favorite of the shorter fictions here is “Cathecism,” an absurd Q&A of the sort that the author himself might one day have suffered through, with questions such as: “Do you think religious ceremony is an effective treatment for grief?”  The oblique answer involves a quilt the narrator’s mother made from “second- and third- and fourthhand blue jeans” from various secondhand shops, and his sister’s final judgment: “There’s been a lot of ass in those pants.  This is a blanket of asses.”

The metaphysics of this statement is a pleasure to ponder.  In the end, what is life, what is literature, but a blanket of asses?  Writers’ asses in chairs making stories, readers asses’ in chairs, coming along for the ride, keeping death and banality momentarily at bay.  Yet again Sherman Alexie has given us a hell of a ride.

Previous Previous Post: The Book of Codes
Next Post: Ayn Rand and the World She Made Next