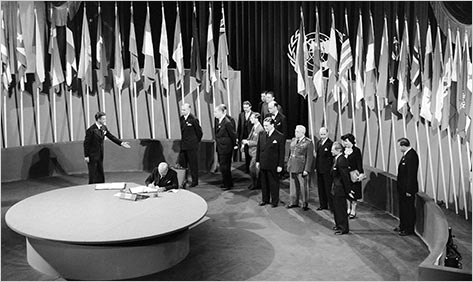 Today is United Nations Day, commemorating the October 24, 1945 signing of the UN Charter. The difficult postwar negotiations that created the UN reflect a delicate balance, the usual push-and-shove politics almost defeating a determined new spirit of cooperation and concession. Perhaps it’s appropriate, now seventy-five years on, that Thomas G. Weiss’s What’s Wrong with the United Nations and How to Fix It  is also equally balanced, the first section an analysis of the UN’s self-destructive tendencies and dead-end policies, the second section a more hopeful and prescriptive analysis of “specific and encouraging examples” of UN effectiveness. Similar signs of hope are discussed in UN Ideas that Changed the World,  the “capstone volume” in the UN’s Intellectual History Project series. The series argues that the UN’s effectiveness must be measured not just statistically but by its success in providing at least a foothold in the world for a handful of key concepts — human rights, gender equality, economic fairness, environmental protection, and more. 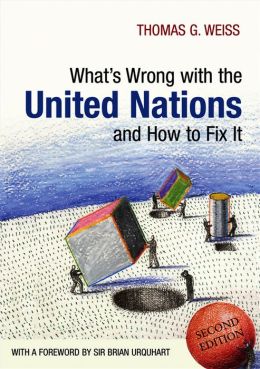 In his Foreword to UN Ideas that Changed the World, former secretary-general Kofi Annan notes that the institution is all too aware of key areas where it “has failed or has been too slow or too timid.” In the prologue of Interventions,  his own account of life at the UN, Annan pointedly links the policy failures and timidities to the United States: 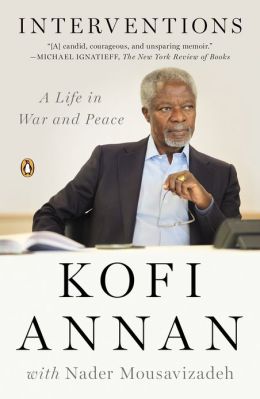 In his concluding chapter, titled “Dreams of a Realist,” Annan says that if the UN can return to the “We the Peoples” principle that inspired its Charter in 1945, it can bring about “a new era of people power,” and “aspire to making a far greater impact in the lives of those who need it most”:

A Swahili proverb holds that “You cannot turn the wind, so turn the sail.” Turning the sail — from conflict prevention to economic development, peacekeeping, human rights, and climate change — is now more than ever in the hands of each and every one of us. The wind will follow its own unsettled course, but men and women in every society today have the ability to determine their destiny in ways unimaginable in past eras. Tyrants and bigots, warlords and criminals, the exploiters of human capital and destroyers of our natural resources, will always be with us, but their sails are not the only ones that can harness the wind.

Annan used “We the Peoples” as the title for his Nobel Peace Prize Acceptance Speech and of his recent collection of UN addresses and speeches. The emphasis reflects his faith in nongovernmental initiatives and people-based movements: “For far too long, the UN [has been] considered the sole prerogative of states and their representatives.”

The B&N Podcast: Charlie Mackesy on our Book of the Year
Previous Previous Post: Peyton Marshall
Next Post: Marilynne Robinson: A Good Inheritance Next