What Money Can’t Buy: The Moral Limits of Markets 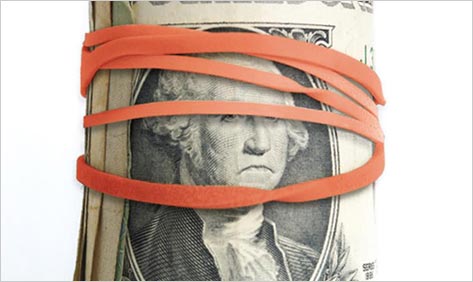 Can anything be bought and sold? Are there no limits to what is for sale?

We are familiar with the fact that if you have money you can get to the head of almost any line, whether at the airport or the doctor’s office. Some people sell advertising space on their foreheads, some sell the use of their wombs for other people’s pregnancies, some their kidneys. In Michael Sandel’s resonant phrase, what once were market economies have become market societies. As his new book, What Money Can’t Buy: The Moral Limits of Markets, argues, almost anything can in fact be purchased, or at least achieved by bribe: Sandel makes a telling example out of the practice of paying high school students to read.

That sort of practice is not hard to recognize as undesirable, even corrupting. But this book makes the grim case that such bottom-line thinking has become alarmingly pervasive: “As markets and market-oriented thinking reach into spheres of life traditionally governed by nonmarket norms — health, education, procreation, refugee policy, environmental protection — this dilemma arises more and more often,”  Sandel writes. “What should we do when the promise of economic growth or economic efficiency means putting a price on goods we consider priceless?”

An illustration of the dilemma is provided by Africa’s rare and endangered black rhino. These highly dangerous and difficult-to-hunt animals are, for precisely these reasons, much prized by trophy hunters. To me the desire to kill one seems not only minimally comprehensible but also maximally repugnant, yet the South African government, in the interests of protecting the species, has elected to permit limited hunting so that farmers can have a lucrative reason for breeding them and protecting them from poachers. Given that poaching reduced the black rhino population from 25,000 to 2,500 in the two decades after 1970, using market incentives to protect them appears justified. The first person to kill one legally for a fee, an American financier, paid $150,000 for the privilege. “Subsequent customers,” Sandel dryly observes, “included a Russian petroleum billionaire, who paid to kill three.”

How far can this kind of thing go? For example: how long will it be before a severely cash-strapped government will be tempted to sell people-killing licenses? There are sure to be people out there who would pay to shoot, say, a condemned murderer. One could add to the fun by setting the the murderer free in the fields, and the shooters could go after him in helicopters — an updated version of the Roman circus where gladiators dispose of those already given the thumbs-down. Come to think of it: what about creating a market in killing Taliban, allowing people to buy an opportunity to do so from a drone-control center in the safety of Texas? The variations and possibilities are legion. But if (as I hope we do) we think these are horrible suggestions, then we think that there are moral limits to markets. And that is exactly Sandel’s point.

Sandel argues that there are two arguments always in play when debates arise about what it is appropriate for money to buy. They can be phrased as objections, one concerning fairness and the other concerning corruption. He writes, “The fairness objection asks about the inequality that market choices may reflect; the corruption objection asks about the attitudes and norms that market relations may damage or dissolve.” The market for human kidneys, for example, preys on the poor, and the choice made by an individual to sell a kidney in such circumstances is not genuinely voluntary. That is the fairness objection. The corruption objection is that a trade in the organs of living humans degrades and objectifies them into collections of spare parts. As Sandel puts it, “The fairness objection points to the injustice that can arise when people buy and sell things under conditions of inequality or dire economic necessity…. The corruption objection…points to the degrading effect of market valuation and exchange on certain goods and practices.”

These are powerful points. Oscar Wilde once made a disparaging remark about people who know the price of everything and the value of nothing; Sandel’s point is that seeing everything as having a price is corrosive of value. That is surely right. He multiplies examples of cases where the market impulse has just such a corrosive effect, not only on things but on human relations, too. Can marriage be understood in cost-benefit terms alone? What are we losing if we pay students to read the books assigned for their courses?

But as Sandel acknowledges, there are plenty of cases where it is not clear whether a money value is wholly inappropriate. Take the case of a person waiting in line for theater tickets on someone else’s behalf. Poverty might drive a person to do this, but doing this is not so extreme a sacrifice as selling a kidney. Surely if someone sells his time, he is only doing what everyone does anyway. Someone who pays a surrogate to wait in line is demonstrating a willingness to bear the cost of realizing his desire to have the tickets; the market is directing the tickets to the person keenest to have them. As Sandel also notes, though, in this case the tickets are going to the person not only with the greatest desire to have them but the greatest ability to secure them.

This implies the question of fairness again. But it also obliges us to inspect an assumption that underlies the fairness complaint: whether the fact that different people have different levels of resource is always unjust. What about the greater talent or harder work that results in a person’s accumulating resources greater than those of a less capable or lazier person? If the better-resourced person uses a moiety of his resources to pay a surrogate to wait in line — a surrogate who might be pleased to earn money this way — where is the harm? Is it not, on the contrary, a case of mutual benefit? And surely mutual benefit is the aim and outcome of many monetary transactions between people.

Critics of Sandel’s view might point to another assumption lurking in the background of common intuitions about money, namely, that money is dangerous, even intrinsically bad, because of the ready way it can corrupt some — too many — who touch it. Critics might grant the justice of this suspicion for cases where money is fetishized as an object of desire in its own right; but they will argue that, objectively viewed, money is nothing but a convenience, and at least many people who desire it do so because they really desire other genuinely worthwhile objects or activities, such as travel, a home, the acquisition of new skills or experiences. The point is obvious enough, but it gets overlooked when we forget the original point of money — its instrumental nature and the utility it represents — in the presence of examples of money being used for the purposes Sandel criticizes.

Critics will also pounce upon Sandel’s view that there is a clearly discernible hierarchy of goods that allow us to see what is and is not marketable. “When market reasoning it applied to sex, procreation, child rearing, education, health, criminal punishment, immigration policy and environmental protection, it’s less plausible to assume that everyone’s preferences are equally worthwhile,” Sandel writes. “In morally charged arenas such as these, some ways of valuing goods may be higher, more appropriate than others.” These last dozen words will be the critics’ goad: they express the same idea that got John Stuart Mill into trouble when he asserted that some things (e.g., reading Aeschylus) are intrinsically more valuable than other things (e.g., drinking a beer). Who, they will ask, has the right to say such a thing?

These objections notwithstanding, Sandel’s case is compelling. Buying a bride, bribing people in desperate circumstances to sell a bodily organ, making people do bad things by paying them more than their scruples can resist, allowing people to do bad things because they can pay a lot to do them — such things add up to a profound corrosion of values. Sandel quotes a pair of economists who claim that their profession “believes the world has not yet invented a problem that [an economist] cannot fix if given a free hand to design the proper incentive scheme. His solution may not always be pretty — it may involve coercion or exorbitant penalties or the violation of civil liberties — but the original problem, rest assured, will fixed.” This reminds one of the Mafia’s unrefusable offers, and the horse’s head in the bed that makes the point about them. Of course there are incentives that will overcome almost any obstacle or principle. But it is precisely Sandel’s point that this should not be so, and that no one should be asked, as if it were perfectly all right that they would agree, to set aside every consideration of value or good if offered enough money to do so.

The task Sandel’s book invites us to undertake is to discern where the lines should be drawn between the marketable and the unmarketable, the things that have a price and those that are priceless. We might have individual views about this, but Sandel’s point is a larger one: that we should formulate such a view as a society, as a culture; and we should do so long before matters so evolve that — say — shooters can buy licenses to hunt down convicted criminals in our own woods and fields.