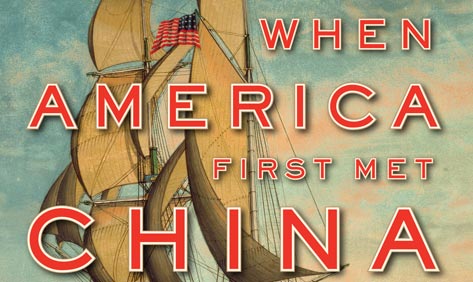 The 2008 Olympics in Beijing provided a fine spectacle to announce the emergence of China on the global stage, a carefully staged metaphor for the greater relationship that China wanted with the world. None of us who beheld it can forget the 15,000 performers at the opening ceremonies, the rows of drummers keeping perfect time (with uniform haircuts to boot), and the torch being lit by a high-wired, middle aged Li Ning. Reportedly costing over $100 million to produce, it was an emotional reintroduction to a nation’s 5,000-year history and its near-future incarnation as a superpower.

For the Chinese people, the most-watched thing in the next 16 days was the medal count, as the Chinese attempted to surpass the United States in gold medals. They did so handily. Though they didn’t top the overall medal count, the Chinese people did not seem to care. They knew that, in this competition, they had won (at least by their lights) and this victory demanded respect.

In his new book When America First Met China, Eric Jay Dolin argues that the competition for respect — alongside the fight over global resources and markets is no new phenomenon. The author of Leviathan: A History of American Whaling has now tackled a subject at least as mammoth. Though it stays firmly planted in seemingly distant history, the half-dozen decades after the American Revolution, Dolan’s new work strives to show that the long forgotten record of early Sino-American relations impacts the international relations of the two countries today. In a few hundred pages, Dolin unfolds a story of the trade between the most recent country in America, trying to emerge onto the world stage shortly after birth, and the ancient society of the Middle Kingdom.

At the time that trade began in 1776, China had roughly the population that the modern United States does today, about 300 million citizens. The newly independent American nation, then a country of only 2 million people, felt compelled to compete with their former British Masters in the Chinese trade, according to the author, due to the lack of tea, a hugely symbolic commodity to the former colonials. (As one may recall, there was a little party in the Boston Harbor dedicated to outrage over taxation levied on the brew.)

The Americans brought furs and silver into Chinese ports to trade for tea, silk and porcelain, and naturally enough encountered the antagonistic British doing the same thing. The trade was limited to a select few Chinese ports, and the foreigners were given little respect by their hosts.

The silver that the westerners brought to China seemed to be swallowed up whole by the Chinese economy, and it was in short supply. It originated from the Spanish colonies in South America, and was a limited commodity. It seemed that once the Chinese took the silver into their heartland, it remained there to bolster internal commerce, and left the Americans and British to go and look for more. It was as unsustainable as the current America/China financing structure is.

So in balls of opium’s addicting, sticky tar, they found the perfect product to make the Chinese regurgitate the silver they had brought them. Over the course of a few decades this so corrupted and traumatized their country that it culminated in the Emperor moving to war with what he misunderstood to be a weak British Empire, in 1839.

The resulting “Opium War” was one-sided, with China losing so badly that the British dictated all terms of the surrender the Emperor eventually signed. The Treaty of Nanking in 1842 not only opened the way for further opium trade, but ceded territory (including Hong Kong), unilaterally fixed Chinese tariffs at a low rate, granted extraterritorial rights to foreigners in China that were not offered to the Chinese abroad, a most-favored nation clause, as well as diplomatic representation.

This and the “Unequal Treaty” to end the Second Opium War sixteen years later are part of what the Chinese call the “Century of Humiliation” and established what they see as their wrongful place in the world and history. After all, the first words of Chairman Mao, in perhaps the most famous news clip of the modern Chinese state, declared in October 1949 in Tiananmen Square, “The Chinese people have stood up!”

Dolin wants to use the history of these conflicts to argue that the two societies never understood one another and, he adds, that we are destined be more competitive than cooperative. But for this he makes little case. What he does prove is the incredible wealth that was generated on both sides from the trade between the two, and how the complexities of bilateral trade are aggravated by cultures which have little knowledge of the other.

The misunderstandings that plague the current relationship arise from our diametrically opposing views on historical events, most of which originated in the desire of both parties to make money in trade. The Chinese do view themselves as the victims of history, a viewpoint perpetuated by the Communist regime that knows that nationalism intoxicates just enough to control. Americans seem to have forgotten why the Chinese feel victimized at all.

But in the current state of the global economy, each nation is heavily reliant on the other. The Chinese depend on the American markets for access to much-needed foreign currency and to employ their rapidly emerging middle class, and Americans are reliant on cheap goods and cheap debt to fuel their economy. No one could imagine what would happen if the Chinese refused to show up at the next American government bond offering. It would be disastrous for both parties to destroy this interlocking financial edifice.

Chairman Mao’s face peers from every denomination of Chinese currency, but he would little imagine the goods that these notes are buying these days (under his glare) and the confidence that that purchasing power is giving his people. That confidence is slowly becoming manifest in all walks of life in China.

With the completion of the London Olympics of 2012, China lost the overall medal count to the United States, and that coveted gold medal count as well. But that doesn’t seem to have mattered much. The Chinese people know the world goes on — and their role in it looks, day by day, ever larger.

Marc Parrish is a marketing executive in technology, an entrepreneur, and an avid observer of the Silicon Valley zeitgeist. He has held senior roles with major brands including Palm and Barnes & Noble, and founded multiple well-known start-ups. You can follow him at twitter.com/marc_parrish_.