When the Well’s Dry

The first Earth Day was observed across the United States on April 22, 1970. Though sometimes theatrical and provocative — some activists dumped oil-coated ducks at the Department of the Interior, others dragged a net full of dead fish through downtown New York — most events were affirming in a ’60s, be-in, “Give Earth a Chance” fashion. The April 22nd date, recently supported by a UN resolution, is now observed in almost 200 countries around the world.

The earth’s most pressing issue may soon be water, according to the 2015 UN World Water Development Report. The WWDR warns that “unless the balance between demand and finite supplies is restored, the world will face an increasingly severe global water deficit” — a shortfall of as much as 40 percent by 2030, according to UN projections. The WWDR emphasizes that the looming crisis is rooted more in “governance failures” than in declining resource availability: “The fact is there is enough water available to meet the world’s growing needs, but not without dramatically changing the way water is used, managed and shared.” 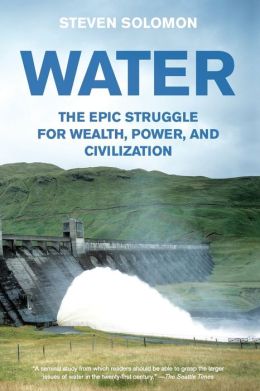 In Water: The Epic Struggle for Wealth, Power, and Civilization, Steven Solomon delivers a similar warning, though with greater alarm and urgency. After tracing the essential role of water technology and management through the rise and fall of numerous empires, Solomon concludes that today’s “impending global crisis of freshwater scarcity is fast emerging as a defining fulcrum of world politics and human civilization”:

For the first time in history, modern society’s unquenchable thirst, industrial technological capabilities, and sheer population growth from 6 to 9 billion is significantly outstripping the sustainable supply of fresh, clean water available from nature using current practices and technologies. . . . As a result, an explosive new political fault line is erupting across the global landscape of the twenty-first century between water Haves and water Have-Nots. . . . Just as oil conflicts were central to twentieth-century history, the struggle over freshwater is set to shape a new turning point in the world order and the destiny of civilization. 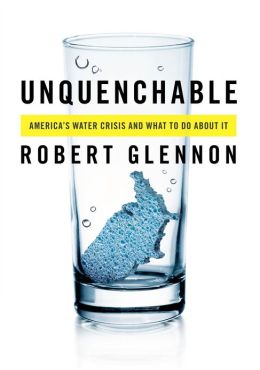 Both Water and Robert Glennon’s Unquenchable: America’s Water Crisis and What to Do About It make use of an adage from Benjamin Franklin’s Poor Richard’s Almanac: “When the well’s dry, we learn the worth of water.” Glennon notes that in America the well-water lesson has hit home in Las Vegas, which is now so dry that the city is wondering how to tap the Mississippi River. But even though “more than thirty-five of the lower forty-eight states are fighting with their neighbors over water,” and there will be 120 million more people (each of them flushing the toilet an average of five times a day) in the U.S. by midcentury, Franklin’s truth is being all but ignored:

In the United States, we utterly fail to appreciate the value of water, even as we are running out. We Americans are spoiled. When we turn on the tap, out comes a limitless quantity of high-quality water for less money than we pay for our cell phone service or cable television. But as we’ll see, what is happening in Vegas is not staying in Vegas. It’s becoming a national epidemic.

The B&N Podcast: Charlie Mackesy on our Book of the Year
Previous Previous Post: Ted Lewis and His Kitchen Sink Killers
Next Post: Barney Frank Wants You to Vote, Already Next