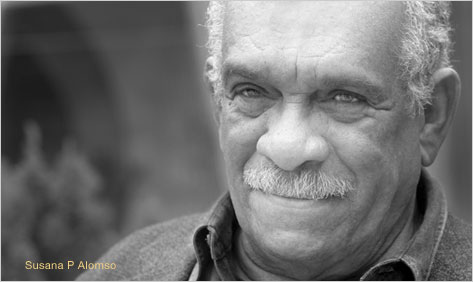 When Derek Walcott’s collection The Prodigal was published six years ago, the poet promised (or threatened) himself that it “will be your last book.” Even at the time, however, it was clear that this was not really Walcott’s farewell to poetry — he was not, like the aged Prospero, about to break his staff and drown his book. It was, rather, a kind of reverse psychology practiced on fate, as though by acknowledging the imminence of death the poet could appease and postpone it. And Walcott’s gambit seems to have worked; for now, at the age of eighty, he has produced another volume, White Egrets.

Ironically, though, death has triumphed over Walcott’s work in another sense — by moving to the center of his imagination. It could scarcely be otherwise, for a poet entering his ninth decade. The only choice facing a great writer at Walcott’s stage of life is whether to approach the end philosophically, by seeking or at least pretending to seek wisdom and composure, or to rage against the dying of the light. It is hard to know which choice demands more of a writer: Apollonian calm requires the overcoming of the spirit’s fear, as in the mystic assurance of Eliot’s Four Quartets, while Dionysian fury requires a defiance of the body’s weakness, as in the savage late poems of Yeats.

The poignancy of White Egrets lies in Walcott’s continual vacillation between these two poles. At times he will write with apparent resignation, naming his ailments and forgiving them:

…the drumming world that dampens your tired eyes

the quiet ravages of diabetes.

Accept it all with level sentences,

with sculpted settlement that sets each stanza,

learn how the bright lawn puts up no defences

against the egret’s stabbing questions and the night’s answer.

As these lines make clear, the verbal richness and rhythmic complexity that have always been Walcott’s great gifts have not deserted him. Like much of his work since 1984’s Midsummer, the poems in White Egrets flow in long lines, usually rhymed in quatrains, that extend into long verse paragraphs. The book is made up of sequences of these, sometimes grouped by theme or place: “Sicilian Suite” records a troubled love affair, “The Spectre of Empire” muses on the legacy of British colonialism, and the title sequence returns to Walcott’s native place, the Caribbean island of Saint Lucia, for its meditations on nature and mortality.

Whatever his subject, no living poet rivals Walcott in his mastery of line, or in his rhetoric, which is always varied and surprising, yet elevated and vitally connected with tradition. At a time when formal poetry is often thought of, by many poets at least, as something stuffy and conservative, it is liberating to see how free and vigorous Walcott’s rhymes can be:

A dragonfly’s biplane settles and there, on the map,

the archipelago looks as if a continent fell

and scattered into fragments; from Pointe du Cap

echo the African crests; at night, the stars

Walcott’s use of adjectives is Shakespearean: describing a thunderstorm, he wonders, like Lear, “Who’ll house the shivering hawk, and the/impeccable egret and the cloud-colored heron,/and the parrots who panic at the false fire of dawn?”

Verse like this makes its own “sculptured settlement” with the world. But, again like Shakespeare, Walcott does not choose a legal term by accident. A settlement is what a litigant reaches at the end of an acrimonious battle, in lieu of real judgment — and poetry, Walcott implies, can only offer this kind of second-best resolution to his grievance against death. “The night’s answer” remains the final word — what he calls, in another poem, “the green thicket of oblivion.”

In the meantime, Walcott lies defenseless before the “egret’s stabbing questions,” and it is no accident that “egret,“ the book’s titular bird and emblem, rhymes with “regret.“ He writes about “that peace/beyond desires and beyond regrets,/at which I may arrive eventually,” but as that last word emphasizes, he is not there yet. Sexual regrets, above all, dominate this book. Several sequences chronicle love affairs with younger women in foreign countries, as in “Sicilian Suite”:

We never know what memory will do —

my body humming with so much excitement,

I thought my heartbeat sprouted wings and flew

to Syracuse, your harbour…

my shadowy treachery, my columned patience

darted through balconies to the gusting area

of the bandstand facing the Bay of the Saracens.

What makes such memories bitter is not just loss and betrayal, but Walcott’s sense that it is undignified for a man of his years (and stature) still to be prey to desire. In other writers — Philip Roth comes to mind — this kind of lament can look like just another form of bragging (look at how potent I still am, what young women I can still attract, Roth’s avatars are always saying). With Walcott the bitterness seems truer and deeper:

Where does this sickness come from, because it is

sickness, this conversion of the simplest action

to an ordeal, this hatred of simple delight

in others, of benches in the empty park?

Only her suffering will bring you satisfaction,

old man in the dimming world….

These lines resonate in a later poem, “Sixty Years After,” when we see the poet “in my wheelchair in the Virgin lounge at Vieuxfort,” where he runs into a woman who was once “the fire of my young life.” Now her decrepitude — “treble-chinned, old, her devastating/smile was netted in wrinkles” — reflects his own age back to him: “Now the silent knives from the intercom went through us,” the poem concludes. White Egrets is continually reminding us how hard it is to let go of the body and the world — hard for everyone, but especially so for a poet capable of rendering the world with such potent immediacy:

Accept it. Watch how spray will burst

like a cat scrambling up the side of a wall,

gripping, sliding, surrendering; how, at first,

its claws hook then slip with a quickening fall

to the lace-rocked foam. That is the heart, coming home,

trying to fasten on everything it moved from,

how salted things only increase its thirst.