White Is for Witching 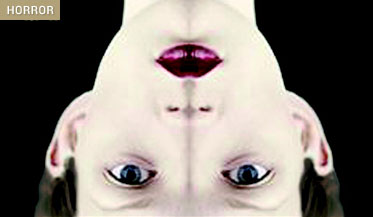 In Helen Oyeyemi’s latest novel, White Is for Witching, nobody, and nothing, goes unhaunted. Doubles of unmatchable perfection, ancestral spirits, and objects brought to life all roam its pages, uninvited but not altogether unwelcome. The story of a precocious, otherworldly teenager named Miranda Silver, Oyeyemi’s novel feels in certain ways as if it fell out of the 19th century — only the occasional references to cell phones and pop songs jog it back to its contemporary reality. But really, it is less a coherent story than a coherent atmosphere. Told from the perspective of three alternating narrators — Miranda’s twin brother, Eliot, her friend and eventual lover, Ore, and, in an unlikely twist, her house — Miranda’s descent into illness in the wake of her mother’s death exists somewhere between a cruel fairy tale and an elegiac ghost story.

White Is for Witching is Oyeyemi’s third novel. Her first, published when she was only 20, drew notices for its precocity but stuck too cloyingly to the world of its child heroine. With her latest, and perhaps fittingly now that she is 23, Oyeyemi turns to a character at the threshold of adulthood. Miranda is 16 when her mother, Lily, is shot and killed on a photo assignment in Haiti. The night of her death, an eerie prediction from Eliot — “Lily’s slipping away. We have to remember her or she’ll be gone” — leaves Miranda convinced that she is in some way to blame. Picking up with familiar themes — the slippery connection between the real and the fantastic, between the self and its self-image — Oyeyemi has drawn her fascination with myth into a work that plays more self-consciously with the English literary tradition. As in her earlier novels, she has returned to the terrain of the African legend, only this time, her Nigerian spirits must share their space with the macabre specters of the English gothic. Most conspicuously, the gothic metaphor of the suffocating manor house gets carried to a literal extreme. The Silver House, as the inn that Miranda’s father runs is called, has a history of entrapping, physically, its occupants. As 29 Barton Road, the novel’s domestic narrator has it, “I can only be as good as they are. We are on the inside, and we have to stay together, and we absolutely cannot have anyone else.” The Silver women are her captives, all others trespassers. Oyeyemi’s women, in particular, suffer at the hands of ghosts; men are an afterthought, an intrusion into the novel’s gothic world. (It is no coincidence that Miranda earns her place at Cambridge with an interview about “the female consciousness explored in the Gothic.”)

As we learn, gradually and fragmentedly, the women of the Silver family have a troubled history. Miranda, like her forebears, suffers from pica, an unusual eating disorder characterized by “an appetite for non-food items, things that don’t nourish.” (Chalk is Miranda’s snack of choice.) It is a clever conceit, this strange condition, and one that lays fertile ground for metaphor. “Food steamed and sizzled and swam in juices and sauces hot and cold and rich and sweet, there were even sticks of chalk and strips of plastic,” Oyeyemi writes of a dinner party dreamed by Miranda, “but all they did was make Miranda hungrier for what was not there?. Her hunger hardened her stomach, grew new teeth inside her.” Tormented by an insatiable hunger that cannot be answered by food, Miranda is consumed in turn by a desire for perfection that drives her inexorably into both mental and physical illness. (In this sense, pica bears no small resemblance to its more common counterparts). While rummaging through Lily’s photography studio, Miranda finds a drawing of the “perfect person,” a likeness of herself unmarred by human flaw: “A perfect person has no joints. The arms, emerging from short sleeves, are unmarked by the ripple of skin that shows where the limbs bend?.The pose of the perfect person was so natural, the colouring so lifelike that the omission of joints and eyelids seemed deliberate, so that the thing was art, or honesty.” The image is only one of Miranda’s ghosts.

Consumption, as a form of haunting, is also where the Afro-Caribbean folklore of Oyeyemi’s previous novels find their way back into her fictional universe. Miranda’s preoccupation with food — or rather, non-food — is mirrored in the myth of the soucouyant, “a wicked old woman who flies from her body and at night consumes her food, the souls of others.” Where Miranda cannot escape from the grip of her ancestral demons, the demons of an unknown past similarly plague Ore. Born in Nigeria and adopted by English parents, she delves into legend in an effort to fill in her history. The soucouyant, in particular, becomes a running fascination. “I wanted to read about the soucouyant. I wanted to write about her, I still do,” Ore ponders over a term paper. “Something that explores the meaning of the old woman whose only interaction with other people was consumption. The soucouyant who is not content with herself. She is a double danger — there is the danger of meeting her, and the danger of becoming her.” In the soucouyant, the mythic meets the gothic, the inn greedily taking possession of the women who enter.

Oyeyemi writes with a lyricism that begs to be noticed. Her characters, like their author, are image makers. As a narrator, Eliot takes pains to catch the world with the clarity it demands. “I can only explain it in comparison to something mundane,” he practically apologizes when trying to describe the presence of his mother’s phantom. The novel has an almost aggressive poetry, going to far as to play formal games with where the words fall on the page — a word will appear surrounded by blank space, forming the end of one sentence while beginning the next. It’s as if even the text itself were haunted by absence.

At its best, Oyeyemi’s language lends the novel an uncanny grace. “Her thoughts were like ice floes, and she became too large for them — she couldn’t move from thought to thought without breaking them,” she writes of Miranda. At worst, her images fail to congeal. Here is Eliot, on a fight with his sister: “The argument was a stupid one that opened up a murky little mouth to take in other things.” Or Ore, when her parents drop her off at Cambridge: “She meant the grey haired couple with the Kentish-farmer accents who had hugged me golf club shaped and cried when it was time for them to leave.” Such lines require too much puzzling; under scrutiny, the ideas that knit her similes together sometimes seem to unravel.

The same could be said, at times, of the novel as a whole. As a series of moments, Oyeyemi has written a work of undoubtable beauty, but on a macro level, her novel, like some of its sentences, does not always hold. A tenuous subplot involving Dover’s Kosovan immigrant population strains at the novel’s themes of exile and displacement; a Nigerian housekeeper brews mysterious potions under the cover of nightfall — these are only two among the novel’s many loose ends. But it is the story’s relationship to the magical that proves most confounding: Oyeyemi likes to toy with the boundaries of realism, but it is unclear where — or if — she wants to draw the line. Where sometimes it seems she means us to take the novel’s surreal happenings at her word, at others she retreats unsuredly into the cover of dreams. The hazy interplay between the real and the non-real gives the novel a perfect creepiness, but the atmosphere proves more lucid than the story it surrounds. White Is for Witching is more mature, though no less chaotic than Oyeyemi’s earlier work: she simply has more ideas than she has figured out how to harness.

Even so, it is no small undertaking for an author to try to situate herself in the legacy of the Brontës, even if she is only part of the way there. And while the plot often becomes overburdened by phantoms, the world they occupy nonetheless manages to feel utterly whole. The novel is, in the end, as haunting as its many ghosts.

Previous Previous Post: Lost in the Meritocracy: The Undereducation of an Overachiever
Next Post: Lean, Mean, and High-Toned Too: Richard Stark's Parker Novels Next