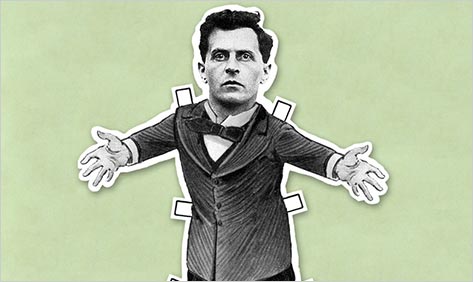 “The world is everything that is the case.”

How many philosophy undergraduates have been lulled into a false sense of security by this seemingly straightforward proposition, which opens Ludwig Wittgenstein’s landmark Tractatus Logico-Philosophicus? But by the time a student reaches the equally well known closing proposition, nearly seventy pages later — “Whereof one cannot speak, thereof one must remain silent” — nothing less than the limits of language, of the world itself, seem to have been reshaped.

The spirit of the Austrian philosopher pervades Wittgenstein Jr, the fourth novel by Lars Iyer, a lecturer in philosophy at University of Newcastle upon Tyne, and the author of a witty, Beckettian trilogy about two bickering intellectuals  — Spurious, Exodus, and Dogma — that emerged from his blog, Spurious.

Wittgenstein Jr, warmer and more accessible than its predecessors, spans an academic year at Cambridge and concerns itself with a group of philosophy students and their professor, whom they have waggishly rechristened Wittgenstein:

Was it Ede’s idea to call him Wittgenstein? Or Doyle’s? . . . He dresses like Wittgenstein, for one thing — the jacket, the open-necked shirt, the watch strap protruding from his pocket.  And he behaves a bit like Wittgenstein too: his intensity . . . his visible despair. 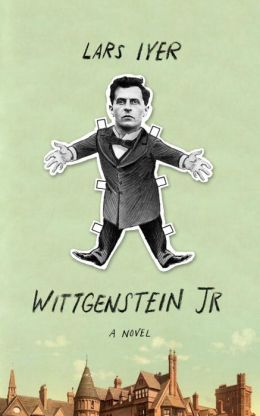 His real name is never revealed. To his class, he is only ever “Wittgenstein.” Like his namesake, he is at Cambridge to do “fundamental work in philosophical logic.” For the duration of the academic year, his students hang on his every word as he wrestles with his problems in classrooms, in walks about Cambridge (lovingly rendered), in bars. As Wittgenstein wrestles, so do his students: with romance, with excessive drinking, with the dreaded inevitability of their futures. Think Dead Philosophers Society.

In lesser hands, this might seem an unpromising foundation for a novel — the heart sinks whenever the dreary label “a novel of ideas” is trotted out, with its air of apology, of preemptive narrative defeat — but fortunately, Iyer’s hands are deft, witty, and thoughtful. Wittgenstein Jr is a work that’s both utterly accessible and engagingly complex.

The novel is narrated, in a fashion, by Peters, a student who functions as a dutiful Boswell, capturing Wittgenstein’s inquiries. The other students are rendered entirely by dialogue, for which Iyer has a fine ear:

ME: Look how moved [WJ] is. His eyes are closed. What’s wrong with us, that we don’t feel that way?

EDE: We’re English. There’s no cure for that.

Despite the lack of physical descriptions, Peters and his friends emerge vividly through voice. But it’s Wittgenstein and his struggle that consumes these pages:

Every thought contains its own refutation, its own contradiction. It’s easy to see the route to madness in endless questions. In Wittgenstein Jr, nothing is concluded.  Perhaps nothing is meant to be concluded.  Whereof one cannot speak, it seems, one can’t stop talking.

Yet everyone valiantly grapples on. (What else is a philosopher to do?) Wittgenstein struggles with repercussions of his brother’s suicide (the real Ludwig Wittgenstein lost three of his brothers to suicide), in an attempt to “construct a kind of ‘logical mausoleum’ for his brother”:

He means to enter the region in which his brother lost his mind, and to come back out, Wittgenstein says.

Wittgenstein Jr is, among many things, a pointed satire of the academy (dons come off poorly, Cambridge and Oxford alike); an elegy for the death of serious thought; and a lovely treatment of the intensity of youth, the paradox of intimate friendships that dissolve with the end of a semester. Iyer is unsurprisingly at his best evoking these fierce college days, when everything feels so critical, and everything — studying, drinking, loving — is done to extremes.

The novel shifts uneasily into its final section, with a plot development that feels more orchestrated than organic. But at this point in the game, Iyer may be looking at exigencies beyond mere plot. “It is clear that ethics cannot be put into words,” Ludwig Wittgenstein writes in the Tractatus; and the closing proposition has been taken to mean that the most important ideas — ethics, religion, God — lie beyond language. And this may be why Iyers’s hero becomes consumed with after philosophy, when he hopes “[h]e’ll look up at the sky. He’ll laugh”: