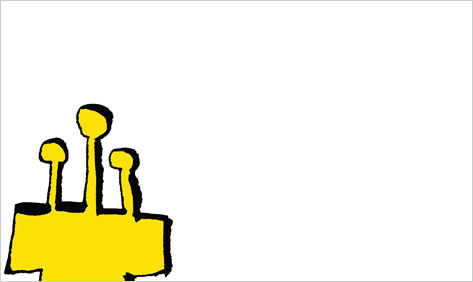 How’s the Jewish experience in this country lived now? In our blithely post-tribal times, the answer may mean altogether more for the life of American letters than the lives of American Jews. Surely, the fact of being Jewish—like that of being Lutheran or Alsatian—has never had a weaker bearing on the course and contour of one’s existence than it does in today’s developed West. Yet the identifiably Jewish novel survives, as distinct aesthetic type and, perhaps, the definitive voice of American literary fiction as such.

Or does it? At its most polemical and problematic, Joshua Cohen’s Witz is an 800-page, half-million word, vaguely novelistic exegesis on the moral and epistemological impossibility of future Jewish novels. At Witz‘s most compelling—more or less the same parts—it’s a primal plea for the return of a tradition to its messy, marginal, but living roots from an ossified privilege in the lucrative, self-satisfied center of mass culture.

It is, in other words, a novel that had to be written by a 29-year-old. The primacy of Jewish writing in America would, of course, never be “representative” in the demographic sense. But like the New England Brahmins ascendant generations earlier—and that peculiar, gale-battered existentialism running through Hawthorne and Melville to, say, Henry Adams, that most extravagant anti-Semite—the Jews of the second half of the twentieth century were the minoritarian sliver of the population whose acute, parochial subjectivities came to distill, bottle, and serve, neat, the general spirit of the age.  Self-alienation, historical dislocation, sexual neurosis, survivor’s ambivalence: the basic psychological building blocks of serious fiction in postwar America, gentile or otherwise.

Cohen’s critique is simple and brave: born into a world where all identity is optional, and trumpeted more proudly than ever, writers of his generation—or more precisely, the one just previous—have reversed the genuine pathos of a Philip Roth, adopting facilely resolved “Jewish” themes as kitsch talismans of literary intent and mainstream marketability. (He’s named names, including Jonathan Safran Foer and Michael Chabon, as “white boys who write to be liked.”) Witz throws down its gauntlet in a cracked fable: On Christmas Day 1999, a plague wipes out most of the world’s “Affiliated”—Cohen’s wisely adopted stand-in for the J-word—leaving only the first-born sons. A cabal including the U.S. president has the survivors interned, luxuriously, on Ellis Island. They’re after Affiliated bank accounts and real estate but also, Cohen implies, an inheritance worth much more than money: the sanctifying warrant of group history, and historical victimhood.

Thus the goyim begin changing their names and augmenting their noses through the new practice of “rhinoplastics.” Forelocks and yarmulkes become de rigueur. Mayor Meir Meyer runs New York City, where the decimated Upper West Side is repopulated with observant—imagine that—converts and the Third Temple rises on Central Park South. As a satire of mendacious fourth-wave Holocaust lit—not to mention Christian Evangelical Zionism—Witz does not lack for teeth, though it bites off perhaps less than the prodigious talent on hand could chew. By Passover 2000, all the first-borns are dead, save one.

Our protagonist Benjamin Israelien is now a celebrity messiah, then pariah when the boy’s irreligious placidity fails the fanatic public’s smell-test for Last Jew on Earth. Cohen insists on a prickly, pranksterish density—adjectives routinely trail their objects, as in Hebrew (“gratitude formulaic”); places like Yo Semite National Park and Palestein dot the map—but Ben is, despite himself and his author, a doleful creation of immense timely appeal and, yes, ecumenical likeability. Blond and blue-eyed, born fully grown with glasses and a foreskin that regenerates each time it’s cut, secular Ben just wants to be left alone by a culture whose profits and prophets turn on resuscitating the dogma that patrimony is destiny.

So he runs. It’s the cross-country cinematics of this escape—and, of course, the doorstop heft—that suggests Witz as this decade’s Infinite Jest or White Noise, the young man’s big picaresque of ideas. In truth, it’s much too insular, too slapdash, too particularist for the comparison. Cohen’s is a novel of one idea, and as such, could be comfortably shorter by 400 pages or more, though I wouldn’t want to be the one making the cuts. Indeed, Witz‘s witty and wearing logorrhea does ultimately persuade, if only as an ironic feint for Cohen’s real achievement, and promise: a fiction featuring heterodox Jewish experiences—among other things—that aren’t gravely universal or world-historical, that can once again be small, specific, situated, and strange.