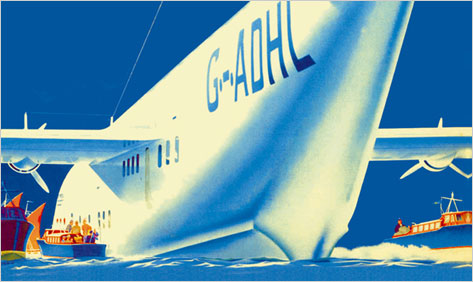 Jacques Deza, the narrator of Javier Marias’s novel Your Face Tomorrow, has a fondness for conversationalists who can digress without losing sight of the point.  As he observes of his mentor in the trilogy’s first volume, “[H]e never lost the thread unless he wanted to.  Despite the many detours, meanderings, diversions, he always concluded his trajectories.”  The same could just as easily be said of Marias.  The latest, and final, volume of his three-part masterwork finds Marias weaving all the strands he has left dangling over the course of the previous two books into an indelible tapestry of astonishing range and ambition.  With this novel, Marias has given us a meditation on the nature of narrative and time, Proustian in its scope (if not in tone) but definitively 21st-century in its concerns.  His jumping-off point is not the transporting taste of that sweet madeleine but rather the Spanish Civil War, which casts its cruel shadow over the rest of the novel.

Reading Javier Marias isn’t quite like reading anybody else, and it’s impossible to address the accomplishment that is Your Face Tomorrow without first addressing his style more broadly.  Marias is often cited as Spain’s most likely candidate for the Nobel and has been translated into 30-odd languages, but he is only beginning to cement his reputation in the U.S. While his novels appear, on face value, to have a plot-driven architecture — Tomorrow in the Battle Think On Me opens with a woman dying in bed mid-affair — Marias tends to keep his narrators at arm’s length from the action.  His characters speak and think in soliloquies, distilling and analyzing each movement as if authoring themselves.  And yet suspense is the hallmark of Marias’s prose.  He draws tension not from uncertainty of outcome but uncertainty of meaning, calling into question each thought and action before they can solidify into something permanent.  Repeated metaphors and allusions anchor his books like the chorus of a pop song, but their meanings morph subtly with every appearance.  It is not for nothing that his narrators are almost always translators, ever attuned to the capriciousness of language.

Your Face Tomorrow is not so much a trilogy as it is one massive novel, a single, ruminative inner monologue sustained over 1,000-plus pages.  Poison, Shadow, and Farewell picks up on the same disturbing evening where the second volume, Dance and Dream, left off.  Jacques Deza, a Spaniard in the employ of an unnamed division of MI6 in London, has just witnessed a display of overpowering violence: in an act of deliberate theatricality, Tupra, his boss, has threatened a buffoonish Spanish diplomat with a double-edged medieval sword before breaking several of his ribs and nearly drowning him in a toilet.  As the third volume opens, Deza arrives at Tupra’s house, where his boss forces him through a video montage of horrors: a famous American official, resembling Rumsfeld, standing witness to torture; a Spanish politician caught dressed as an old-fashioned whore; four thugs brutally beating a colleague’s feeble old father with billiard cues.  Tupra wants an answer to the question he posed at the end of Dance and Dream –– “Why can’t one go around beating people up and killing them?” — and Deza, to his alarm, can summon “only idiotic, puerile answers, inherited but never thought through, the usual trite and vacuous ones that everyone has learned by rote.”

Tupra’s question haunts Poison, Shadow, and Farewell.  Back in Madrid to visit his family, Deza learns that his estranged wife has taken up with a menacing stranger, an art forger named Custardoy.  Readers may recognize the unusual name from Marias’s 1992 novel, A Heart So White, and indeed, Custardoy’s reappearance is only one of the echoes from Marias’s earlier work that rumbles through Your Face Tomorrow.  Though never specified, there is every indication that Deza is the nameless narrator of All Souls, only some untold number of years later.  There is a kind of fluidity in the way Marias’s novels run together, with their Shakespearean incantations, the endlessly looping sentences, the narrators-cum-translators moving between tongues.  Here, it’s as if Marias means us to see this novel as the culmination of these earlier efforts.  He has always been interested in the subtle ways in which words betray themselves, how, once a thought is spoken, it mutates and resonates beyond its intended meaning.  In Your Face Tomorrow, with Tupra’s moral challenge always in the background, Marias’s habitual preoccupations slip into a more sinister key.

The novel wraps itself, slyly, in the cloak of a spy thriller, which gives Marias a new avenue into this familiar thematic terrain.  The mysterious branch of MI6 for which Deza works devotes itself to “interpretation”-the decoding not of missives but of people.  Deza and his colleague’s share a rare psychological acuity that allows them to know people better than they know themselves.  For his “indefinable work,” Deza regards the world with, in effect, a writer’s eye:

No, it was no longer easy for me to think of myself taking another less comfortable and less well-paid job, less attractive and less varied, after all, each morning I was confronted by new faces or else went deeper into familiar ones, and it was a real challenge to decipher them.  To guess at their probabilities, to predict their future behavior, it was almost like writing novels, or at least biographical sketches.

Deza’s interpretations, however, can have effects that extend beyond the page.  In one of his reports, on a famous singer he code-names Dick Dearlove, Deza introduces the idea of “narrative horror” — the fear people have that “the manner in which they end their life will blot and taint everything.”  They are crippled by a vision of their lives seen from the outside, as if watching a story unfold.  When Dick Dearlove lands in the headlines for a brutal murder, Deza sees Tupra’s hand in the crime: reality has hewn too closely to Deza’s predictions, and he suspects his words have played some role in the outcome.  He has written, as it were, the reality of somebody else’s end.

Deza’s gradual descent into this kind of violence, or at least the capacity for violence, is what separates this volume from its earlier counterparts.  Suspecting Custardoy of beating his wife and fearing for his children, Deza attempts to mimic the actions of Tupra that had so horrified him in Dance and Dream.  “Now I have his coldness,” Deza realizes, “now I know how to frighten Custardoy, now I can imagine myself, because it is just a question of imagining yourself and only then can you rid yourself of problems.”  He has learned to use his talent for reading people to master them.

This slow warping of morals, according to the shifting requirements of each situation, lies behind the novel’s elegiac title, taken, like so many of Marias’s titles, from Shakespeare.  (In this case, the allusion is Henry IV: “What a disgrace it is to me to remember thy name, or to know thy face tomorrow.”)  The unknowability of “your face tomorrow,” the dangerous mutability of words and meaning over time — these are the forces that give the novel its dark moral center.  Where Marias’s earlier novels probed what he here calls “the frontier between discretion and trust, between secrecy and revelation, between deferential silence and questions with their respective answers, or, perhaps, evasions,” Your Face Tomorrow places these individual betrayals in a wider web of international politics.  The Spanish Civil War, recalled in interspersed memories from Deza’s father — inspired, Marias notes in his dedication, by his own father’s life — forms an urgent backdrop; in his stories, these small incidents of violence are magnified by the blank check of ideology.  (Deza actually wonders at one point if Tupra isn’t fascist “in the analogical sense.”)  WWII also looms large in this volume as the history of the nameless group emerges: towards the end, we learn the shadowy history of its “black propaganda” efforts against the Germans, tactics that blur even the tenuous ethical boundaries of wartime.

As a stylist, Marias is attentive to how these moral ambiguities operate not only on the level of politics but of language.  In his hands, words are fickle instruments, acutely unstable and subjective.  As a Spanish speaker living in England, Deza is always translating; he registers words in terms of their double and even triple meanings, turning to English when Spanish won’t suffice.  (Credit here is due to Marias’s own translator, Margaret Jull Costa, who navigates this slippery linguistic ground deftly and unobtrusively.)  For Marias, words are so mercurial that even his narrator’s name can’t be pinned down: Deza goes variously by Jacques, Jack, Jaime, and Jacobo, depending on his country and interlocutor.

Marias’s patience with language can, in rare moments, be trying.  The insistence with which he yanks along his many threads risks giving us too much.  Of watching Tupra’s videos, Deza observes, “As I looked and half-looked and saw, a poison was entering me and when I use that word ‘poison,’ I’m not doing so lightly or purely metaphorically, but because something entered my consciousness that had not been there before and provoked in me an immediate feeling of creeping sickness…”  Marias is not afraid to wield a heavy hand.  Yet for an author so explicit in his images, Marias nonetheless works by refinement, circling back and back over his metaphors, letting them accrue and gain strength like a gathering avalanche.  Part of the pleasure of reading him is that his sentences take you into the very churning of the brain.  This kind of intellectual gravitas would seem at odds with suspense, but his novels have the tautness of an elastic pulled tight: every touch reverberates.

With this third volume, Marias brings Your Face Tomorrow, and perhaps his entire oeuvre along with it, to a methodical crescendo.  While the first two books were completely absorbing in their intensity, it is not until Poison, Shadow, and Farewell that the full scale of Marias’s undertaking becomes clear.  He places the intimate lies we tell ourselves and the deceits of governments in a single moral plane.  For Marias, the two are inextricably linked: with time, the narratives we write to justify small violences change shape and amplify beyond control.  For the breadth of its vision, Your Face Tomorrow will surely rank among the best literary appraisals of this young century.