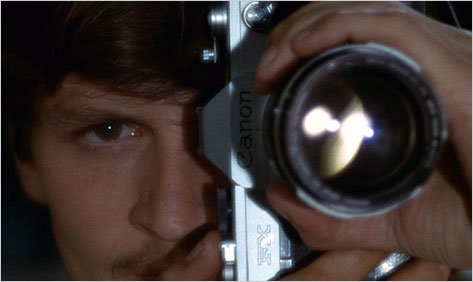 In a recent profile in The New Yorker, the Austrian director Michael Haneke mentioned that he’s used Costa-Gavras’s Z, along with Air Force One, Battleship Potemkin, and Triumph of the Will, to show students how movies, tapping to a range of ideological beats, use sound and editing to drill home their arguments. I like the politics of Z more, he said, but the manner is all the same. Forty years after its release, Z, which was based on the novel by Vassilis Vassilikos, is still a mesmerizing political thriller that plunks spectators into a vortex of mass protests and systemic corruption. Inspired by the May 22, 1963, assassination of Gregoris Lambrakis, a Greek social democrat, the film (which was shot in Algeria) examines a botched attempt, organized by a junta and its minions, to suppress a political rally sponsored by anti-nationalist, anti-militarist sympathizers. With its zippy camerawork, bumping soundtrack, and comedic dress-down of the powers that be — the blokes at the low end of the hierarchy belong to an organization named CROC (Christian Royalist Organization Against Communism), the film is activist in its approach to getting the audience on board with its program. Is this a bad thing? No, if one approaches the movie as a satire that is under no obligation to be evenhanded in its presentation of opposing viewpoints; yes, if one is looking for a detached, analytic film that’s not as bullheaded as a pundit on the make.