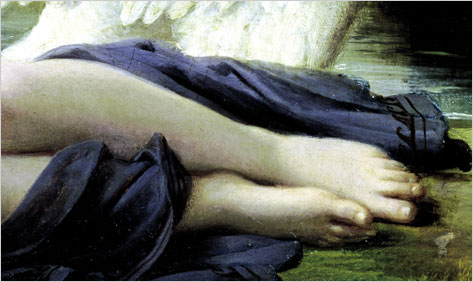 Elizabeth Kostova’s 2005 debut, The Historian, is one of those bestsellers that confirm the unpredictability of the reading public’s taste. Nothing about the novel operates according to established formula. It is a vampire story without gore or brooding passions, a historical thriller without much in the way of action. The facts in it (and despite the supernatural premise, there is a lot of history in The Historian) are rigorously researched and unsensationalized. Unlike most contemporary authors who claim to be inspired by the 19th-century novel, Kostova actually hews pretty close to the Victorian model; her narrative unfolds at a pace that can only be called sedate. There are no grabby openers or flashy twists. She has placed her faith in the conviction that readers are pleased to sink slowly into a novel, until the world it conjures has closed over their heads, submerging them entirely.

The marvel of The Historian is that this earnest and antiquated strategy actually works, in no small part due to Kostova’s gift for atmosphere. You shiver amid the firs of her primeval Carpathian forests and taste the chalky dust of her Languedoc mountains at the back of your throat. Reading her descriptions of Oxford and Istanbul is like taking a three-paragraph vacation. This sensual immediacy and the languidness of the plot combine to summon a mood of genuine dread, as the novel’s inexorable, waxen-faced villain emerges from the shadows at its core.

In her second novel, The Swan Thieves, Kostova starts with less promising material. Superficially, the book belongs to that genre of contemporary fiction that spins out back stories for famous paintings, usually about how the artist was secretly in love with his model. And while painters cut decidedly more romantic figures than the scholars of The Historian, the settings where Kostova places her artists — Washington, D.C., a college town in North Carolina and a drab resort on the Normandy coast — lack the wild mystery of Bulgaria and Southern France.

The narrator of The Swan Thieves is Andrew Marlow, a middle-aged psychiatrist who becomes personally entangled in the case of a new patient at the private residential center where he works. The patient is Robert Oliver, a 42-year-old artist of burgeoning reputation who gets arrested for trying to slash a painting at the National Gallery. After a brief conversation with Marlow, Robert refuses to speak, occupying his hours with poring over a cache of old letters and drawing and painting endless portraits of an unidentified dark-haired woman dressed in 19th-century clothes.

Readers will immediately surmise that the woman depicted in Robert’s art is one of the letter writers, Beatrice de Clerval, the young wife of a French postal official and a talented painter of the nascent Impressionist school. Her correspondent is her husband’s uncle, also a painter. Robert is obviously in love with Beatrice, who died 40 years before he was born, but why this should have led him to attack a canvas by yet another painter, Gilbert Thomas, who was also Beatrice’s art dealer, remains a puzzle until the end of the book. It takes Marlow much, much longer to figure out the identity of Robert’s dark lady than it ought to, but perhaps that’s because he doesn’t realize he’s in a novel about obsessive artists and love that transcends time.

Marlow persuades Robert to lend him the letters, and a friend begins sending translations one by one through the mail as the doctor interviews Robert’s ex-wife and former lover about his patient’s past. What starts out as marginally ethical investigation soon lapses into a series of major professional transgressions, a parallel to the blossoming of Beatrice’s adulterous love for her correspondent, Olivier Vignot. Eventually, the translated letters morph into Marlow’s full-fledged imaginings of Beatrice and Olivier’s forbidden affair, interspersed with first-person accounts by Robert’s wife and lover of their despair in loving a man whose heart is always at least partly somewhere else. Once The Swan Thieves gets fully underway, it becomes a braid of three narratives, set in the present, the recent past, and the late 1870s.

The Swan Thieves is a ghost story without a ghost. A likely model is Wuthering Heights, in which the sins of one generation resurface, along with slightly shuffled names and romantic configurations, in the generations that follow. Stolen letters, May-December affairs, infidelity, and frustrated artistic ambitions keep recurring in the various time periods, but so, more enigmatically, do certain tiny details: a hat with blue flowers and a biography of Isaac Newton. The problem that nettles each of the characters is the conflict between life and art, epitomized by a single question: Why did Beatrice abandon painting just as it was becoming clear that she was a major talent? Was it merely to devote herself to raising a much-longed-for child, or was the cause more sinister?

Furthermore, how much love can a great artist truly spare for the people around him? “There was a chilliness about him,” Robert’s lover recalls, “a cold eye under his warm-colored skin and smile…. There was no effort in this, no struggle in him not to compromise for personal reasons.” Yet he is also blissfully unselfconscious, “he simply didn’t know how not to be himself,” and this makes him fatally attractive to a certain type of woman. To fall in love with such a man is to embrace, wittingly or not, solitude; Robert’s isolation is contagious. If the prevailing mood of The Historian was gothic foreboding, then here it’s the claustrophobia and solipsism of obsession — whether amorous or artistic — the way it slides in and out of madness like a phantom hovering between life and death. Robert is, in his way, as much a monster, as undead, as Dracula.

Despite replicating some of the flaws of The Historian, The Swan Thieves also exerts a good bit of the earlier book’s hypnotic thrall. Those flaws — the proliferating descriptions, the extremely leisurely doling out of plot, the handful of inconsistencies and loose ends (Why does Robert stop talking, for example?) —  are the sorts of things that bother you later, after you’ve ditched friends and family to stay up past your bedtime reading, for reasons you can’t quite explain. Storytellers are the artists who make monsters of us all.

Laura Miller helped to co-found Salon.com in 1995 and is currently a staff writer at that publication. Her reviews and articles appear in the New York Times Book Review, The New Yorker, The Los Angeles Times, The Wall Street Journal, and many other publications. She is the author of The Magician's Book (2008) and the editor of The Salon.com Reader's Guide to Contemporary Authors (Penguin, 2000).